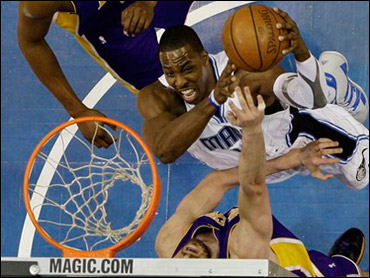 It was her first credit card application, or so she thought, prompted by an offer on her Ohio college campus for a free T-shirt.

But a rejection letter uncovered troubling news - someone had already opened four credit cards in her name and racked up $50,000 in debt.

That someone, it turns out, was her father.

"I couldn't believe it," says the young woman, who asked not to be named for fear of humiliating her father, who was never charged criminally.

Now 25 and living in Chicago, she says she knew her father was struggling financially after his divorce from her mother and the failure of his restaurant. But she never imagined he'd fill out credit card applications sent to his home in her name. "He completely violated my trust and my privacy and my future," she says.

With the proliferation of credit cards, experts say parents who've botched their own finances are increasingly tempted to dip into their children's credit. As co-signers, all they need is a birth date and Social Security number.

"Who better to know the full name, the current and prior address, the social security number and the date of birth?" said Howard Dvorkin, president of Florida-based Consolidated Credit Counseling Services. "Probably once every quarter we see somebody this happened to and we're one of many agencies."

In some cases, law enforcement is stepping in. Last month, a father from Billings, Mont., was sentenced to five years in prison for charging $12,000 to credit cards in his daughter's name.

"We had one client, the father destroyed all three of his children's credit," he said. "Two of the children said live and let live, but the other one decided to prosecute the father."

That's what Teena Touch, a 28-year-old Los Angeles resident, says her father did.

"It started with my summer jobs - checks my dad was supposed to deposit but never did," says Touch, whose father was convicted of embezzlement in 1993.

Dionicio Campos, a 29-year-old Chicagoan, says he's been stuck untangling the trouble caused by his mother's ex-boyfriend and others using his Social Security number.

"I'm sure a 17-year-old kid isn't worrying about his mom taking his stuff from him - but maybe he should," Campos says.

Vital information, he says, is stolen by everyone from parents to co-workers to hucksters who post fake job listings or run other schemes.

He says young people whose parents have money problems should consider running regular credit reports - and request that the three major credit agencies notify them when new accounts are opened in their name.

Last year, the Federal Trade Commission says, 6 percent of the 86,168 people who reported identity theft to the agency said a family member was responsible. Joanna Crane, an attorney who manages the FTC's identity theft program, says those figures are "only the tip of the iceberg," since many cases go unreported or are reported directly to credit providers.

Even if parents aren't stealing credit, experts say young people whose parents are bad money managers should still seek help with their finances - even for simple matters like creating a monthly budget.

"Parents don't realize that their bad financial habits are being passed on to their kids," says Michelle Hoesly, a member of the Million Dollar Round Table, an organization of finance professionals.

For children whose parents have abused their credit, the options include paying off the debt in big chunks or filing a complaint that could send the parent to jail. "Those choices are not very good," Dvorkin says.

Not wanting to file a complaint against her dad, the 25-year-old woman from Chicago persuaded him to consolidate the $50,000 credit-card debt and pay it off by having his wages garnished.

Her father, now a city bus driver, declined to comment. But five years later, the debt is finally gone.

Now married and working in marketing for a health care company, the young woman says she learned a valuable lesson: "Now I pay off my credit card every month."