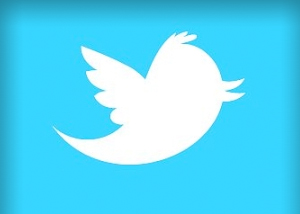 (MoneyWatch) Generally, Twitter is a vast time suck. It's recreation, but recreation of the sort you do while stuck on a boring conference call. (See the related post, 22 things to do during that boring conference call). In other words, it's not that restorative. And while some businesses see additional sales through Twitter (or at least know what customers are complaining about), it can't hold a candle to, say, calling previous clients and asking if they'd like to work together again.

That said, there are a few times when being on Twitter can be really productive:

1. When you're job hunting. But you need to be smart about it. Jindrich Liska, CEO of Jobmagic, which helps companies find candidates through social media, suggests that you follow the recruiters at companies you're interested in. When you follow them, you'll see suggestions of other related folks to follow. Follow them too. They'll all tweet about each others' job postings, and over time you'll get to know what the recruiters like and don't and what's going on in their organizations. That's handy information to have during interviews! You can also retweet job openings you're not interested in, and score good karma. Since all these recruiters will likely follow you back, you'll be on their radar as you compose thoughtful tweets about your industry.

2. When you're establishing a slightly complicated brand identity. Twitter is perfect for what career expert Marci Alboher calls "slashes." In her 2007 book, "One Person/Multiple Careers" (recently re-issued in ebook form), Alboher talked about the phenomenon of people who were a lawyer/writer, an interior decorator/food reviewer or a teacher/consultant. These slashes are hard to convey on traditional resumes, but very easy on Twitter, where everyone's bio says things like "website designer/wine enthusiast/runner/consultant/mother/wife/Phillies fan." When you direct people to your Twitter bio, they can see all the identities you wish to make known.

3. To get your name in front of someone you're bugging about something else. I see this in my own behavior. Someone sends me an email, which I then lose in the vast morass of my inbox. Then said person follows me on Twitter, and I think, "Oh yeah, I meant to email him." It's also a good way to keep in touch with people you've met previously, responding to things they post or retweeting their content. It's the virtual equivalent of saying hello over the water cooler, which many of us virtual workers lack these days.