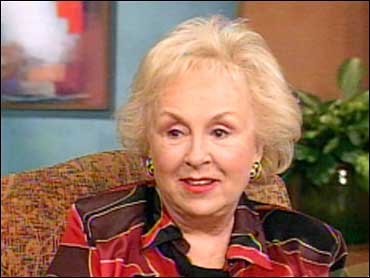 Doris Roberts, the 75-year-old Emmy-winning actress from "Everybody Loves Raymond," complains that the entertainment industry acts as if older people don't exist.

"How many people on TV do you watch that are over the age of 45? None. Nowhere do you see a picture of a woman over 45 in any magazine cover. It's like they've wiped us off the face [of the earth]," she tells The Early Show co-anchor Rene Syler.

"It's insane. In less than 20 years, we're going to be the oldest population in the world, so all of those people who want to sell their products, they better talk to us. They better make sure that we are aware that we exist in the world, you know?"

She says her character makes people laugh because she's "touched a note in everyone's life."

She says that viewers can tell Marie Barone's pushiness comes from a place of love, "because otherwise, she'd be too impossible to really even watch."