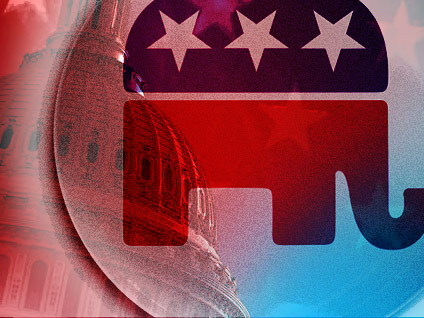 On December 1, departing House members will be vacating their offices on Capital Hill. Looking across the kinds of seats and incumbents who were ousted, we see three big themes emerge: freshman were very hard-hit; the Democrats in "McCain" districts that many had flagged as vulnerable did, indeed, run into trouble; and Republican strength in the South and West was key to their historic gains.

Of the 39 Democratic freshmen elected in 2008, 34 were in districts previously represented by Republicans -- many freshmen themselves. This year, the Republicans reclaimed 22 of these vulnerable seats. Democrats, meanwhile, took back only two seats from Republican freshman -- both of whom had won their seats in special elections since 2008: In Hawaii's 1st (Obama's home district and traditionally Democratic) where Charles Djou became the first congressional incumbent voted out of office in Hawaiian history; and in Louisiana's 2nd -- the largely Democratic and majority black district of New Orleans.

Even in so-called anti-incumbent years, most House members win re-election more than 95% of the time because their incumbency status affords them a boost in the polls--an advantage that has only gotten bigger over the last 50 years. They are bolstered by name recognition, fundraising connections, gerrymandered districts and access to the resources and privileges of their office. But freshman are especially vulnerable because the full force of incumbent advantage historically tends not to kick in until a member's second term.

Freshmen generally do not have the same war chest, connections, experience and accomplishments under their belts as more senior members do, and are more likely to attract "high quality" challengers who have money and experience of their own. That seemed especially true this year.

In 2008, there were 48 districts that voted in a Democratic House member, and also voted to elect Republican Sen. John McCain over President Obama. These districts were targeted by the Republicans -- and their efforts largely paid off.

Republicans claimed 36 of the 48 McCain-Democratic seats. The Democrats were only able to claim 3 Republican seats where Mr. Obama had won -- the only three seats they wrested from the Republicans in the entire election.

A disproportionate share of Republican pickups came from the South and West -- places where the Democrats picked made inroads in swing districts in 2008.

Tiffany Washburn is a Ph.D. candidate at Columbia University and an assistant to the CBS News Election team.