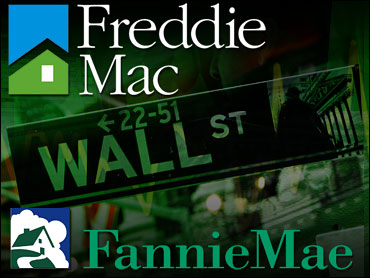 It gives the impression that both Freddie and Fannie are playing with house money. That's not really true, but who was reading the fine print?

Just like so many others, Fannie and Freddie lent money to folks they shouldn't have, and as those notes came due, and as the price of housing collapsed around the foreclosures, the companies found themselves in trouble.

Fannie and Freddie are involved in trillions-of-dollars worth of mortgages. The Fed had no choice but to bail them out. But where was the oversight that would have prevented Freddie and Fannie from getting in so much trouble in the first place?

Wall Street keeps telling us to trust the market. The marketplace will police itself, and when that doesn't work, taxpayers like you and me pay to clean up the mess.