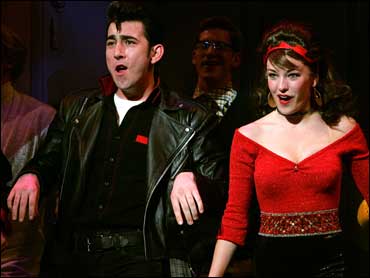 Secretary of State Colin Powell is planning to make an important foreign policy speech in Louisville on Monday. There's just one small problem: Will he speak about the broad foreign policy goals of the Bush administration — the so-called "vision" speech — or will he narrow the focus of his remarks and confine them to the Middle East peace process?

Powell has told reporters who cover the Department he is anxious to speak about what has been described as his "vision" of foreign policy. This is the kind of speech almost all secretaries of state make, usually early in their tenure in office.

Most of the background chatter in the Department's corridors, however, seems to indicate the Louisville speech will be outlining the administration's goals in pursuing peace between Israelis and Palestinians.

Either way, there is consensus the most interesting part of the address will be whatever it says about the Bush team's approach to the Middle East.

Last weekend the President himself told the United Nations General Assembly he was prepared to recognize two states, "Israel and Palestine," living side by side. So the cat is already out of the bag on where the administration stands, so to speak.

Not only was it the first time Mr. Bush publicly mentioned a state called "Palestine" it was done with Yasser Arafat, head of Palestinian Authority, sitting in the chamber. On that score the message could not have been clearer.

However, the President sent Arafat another message that same day: He refused to shake Arafat's hand, indicating in a very personal way the Bush administration's reluctance to push ahead on the Palestinians behalf so long as its leader does not crack down and arrest those who commit terrorists' acts against Israel.

The administration has been in a quandary as to how to deal with this issue. To become more engaged, they do not want to be seen giving the Palestinians something as a reward for allowing terrorism to run unabated. On the other hand, doing nothing risks even further violence and more charges Washington doesn't care to try and do anything about it.

So, what might Powell say? He will almost surely repeat the mantra that's been out there for the last year as Israelis and Palestinians have been unable to stop the cycle of violence: Palestinians must do all they can to bring the terrorism against Israel down to zero, and Israelis must withdraw its military from Palestinian-controlled areas and make other moves to ease economic restrictions on the Palestinians. Powell might also repeat the standard U.S. position that settlements are a problem in the search for peace.

Powell may indicate the Bush administration is stepping up its day-to-day involvement between the two adversaries. At first the emphasis will be on security issues. As fighting quiets down economic issues will be addressed.

A team including Assistant Secretary of State William Burns, former U.S. Army General Anthony Zinni, who is now a cosultant to Burns, and other experienced State Department Middle East hands can be expected to go to the region soon for an extended period to get the parties moving back toward implementation of the so-called Mitchell Plan, which both have already signaled a willingness to accept.

Most significantly, Powell is not expected to make any more than passing references — if that — to two issues which have proved to be major stumbling blocks in prior negotiations, the status of Jerusalem and the future of Palestinian refugees.

In short, no grand strategies offered and no sweeping pronouncements made (in addition to the one Mr. Bush has already put on the table about statehood for the Palestinians.)

One knowledgeable diplomatic source in Washington says this amounts to "Mitchell-Plus. It's packaging." It's taken almost a year for Mr. Bush, Powell, National Security Adviser Condoleezza Rice and company to realize that doing almost nothing is not a viable policy.

Now, in the wake of the events of Sept. 11 and the ongoing war in Afghanistan, comes realization by the administration that a higher level of engagement is needed, even if it goes against their political instincts which tell them nothing meaningful can be achieved as long as Yasser Arafat is leader of the Palestinians and Israel's Prime Minister is Ariel Sharon.