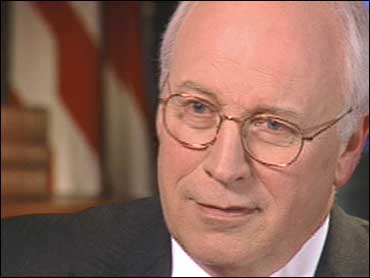 Appeals Judges Harry Edwards and David Tatel suggested the White House had no legal basis for asking them to block a lower court judge from letting the case proceed.

The Bush administration took the unusual step of coming to the U.S. Circuit Court of Appeals in the midst of the case.

U.S. District Judge Emmet Sullivan has ruled that the Sierra Club and Judicial Watch may be entitled to a limited amount of information about the meetings Cheney and his aides had with the energy industry in formulating the White House's energy plan.

The plan, adopted four months after President Bush took office, favored opening up public lands to oil and gas drilling and a wide range of other steps backed by industry.

Among the industry executives that the Cheney energy task force has acknowledged meeting with were former Enron Corp. chief executive Ken Lay.

Tatel, an appointee of President Clinton, said the administration has failed to show that it is suffering legal harm at the hands of the lower court. Edwards, a Carter-era appointee, told a government attorney flatly that "you have no authority" to ask the appeals court to intervene in the middle of the lawsuit.

The government is seeking "a modest extension" of a previous court ruling, responded Gregory Katsas, a deputy assistant attorney general.

The third member of the panel, Appeals Judge A. Raymond Randolph, expressed doubt that the Cheney task force is required to disclose information about its inner workings. However, Randolph, an appointee of Mr. Bush's father, also questioned whether the administration should be seeking appeals court intervention.

The Bush administration says it has demonstrated that the two private groups are not entitled to any information about the meetings between industry representatives and presidential aides, including the vice president.

The environmental group and the conservative group allege that participants from industry effectively became members of Cheney's task force in assembling the White House's energy policy.