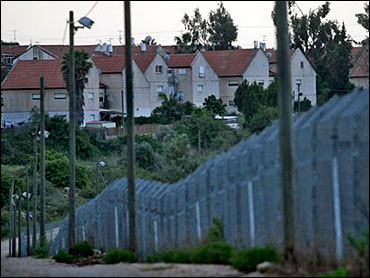 The Obama administration has called on Israel to freeze all construction in the settlements, which are Israeli outposts set up on land claimed by Palestinians.

"We regret the reports of Israel's plans to approve additional settlement construction," Gibbs said. "Continued settlement activity is inconsistent with Israel's commitment under the Roadmap."
‪
"As the President has said before, the United States does not accept the legitimacy of continued settlement expansion and we urge that it stop," he continued. "We are working to create a climate in which negotiations can take place, and such actions make it harder to create such a climate."

Gibbs went on to say that the U.S. appreciates Israeli's "stated intent" to limit settlement activity, and added that "the U.S. commitment to Israel's security is and will remain unshakeable." He reiterated the administration's commitment to a peaceful two-state solution.

"Our objective remains to resume meaningful negotiations as soon as possible in pursuit of this goal," he said. "We are working with all parties – Israelis, Palestinians, and Arab states -- on the steps they must take to achieve that objective."

Israeli Prime Minister Benjamin Netanyahu's aides told the Associated Press that a temporary construction freeze was still possible following the building of the new units and the completion of construction on 2,500 other units.