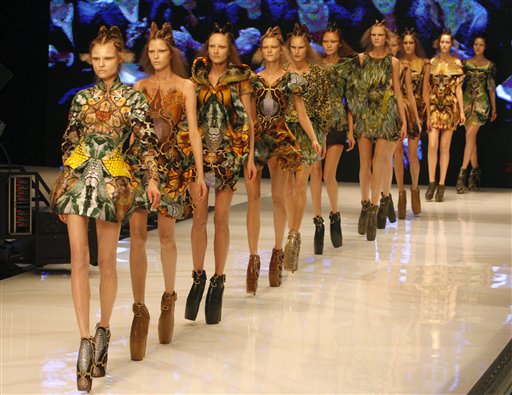 Rebuffed by the Senate, the Bush administration will not give up the fight this year to open an Alaska wildlife refuge to oil drilling, Interior Secretary Gale Norton said Saturday.

The White House is turning its attention to the House in hopes of salvaging a key part of the president's energy strategy. Republicans fell two votes shy in the Senate of passing the legislation that could lead to removal of a 43-year-old ban on developing millions of barrels of oil from the coastal plain of the Arctic National Wildlife Refuge.

"We continue to press about ANWR, because that one small spot is believed to have the ability to produce more oil than the entire state of Texas," Norton told people gathered for the National Wildlife Federation's 67th annual meeting.

On Friday, Senate Energy Committee Chairman Pete Domenici, who favors developing the refuge's oil, shot down rumors he might push the issue as part of a broad energy bill to be offered by his committee this summer.

"I am not given to subterfuge. No means no," he said.

A common theme among the environmentalists who listened to Norton's speech or questioned her afterward was the worry that President George W. Bush's policies cater to industry and shortchange wildlife such as caribou, musk oxen, polar bears and migrating birds at the Alaska refuge.

"Wildlife refuges ought to be the one place where wildlife interests come first," said Clark Bullard of Urbana, Ill., an engineering professor who helps lead the Prairie Rivers Network environmental group.

Norton said her department is committed to conservation, but tight budgets demand creative thinking and cooperation from refuge neighbors preserving wildlife and their habitats. She also sought to deflect some criticism by pointing to successes of the Environmental Protection Agency and by portraying her boss, the president, as an outdoorsy guy, whose love of clearing brush on his Texas ranch reflects an understanding for the harm that nonnative species of plants and animals can cause by invading other species' natural habitats.

"He is someone who truly enjoys the outdoors. At his ranch in Crawford, Texas, he loves spending his time working with the land," she said. "When I talk with the president about invasive species, he understands firsthand because he manages those issues himself on his own ranch."

Jamie Rappaport Clark, a National Wildlife Federation senior vice president who directed the Interior Department's Fish and Wildlife Service in the Clinton administration, said the Bush administration is best judged by its actions, not its words.

"You hear clear skies, healthy forests, collaboration, cooperation, consultation, all that kind of stuff," Clark said, referring to some of the slogans used by the administration and Norton. "But from my perspective, her actions to date have fallen far short of the responsibilities of the nation's chief wildlife advocate."

Clark said if Norton believed in the law that says federal refuges are places where wildlife comes first, she wouldn't support opening the Alaska refuge to oil drillers.

"That's not a wildlife-comes-first kind of attitude or position," Clark said.