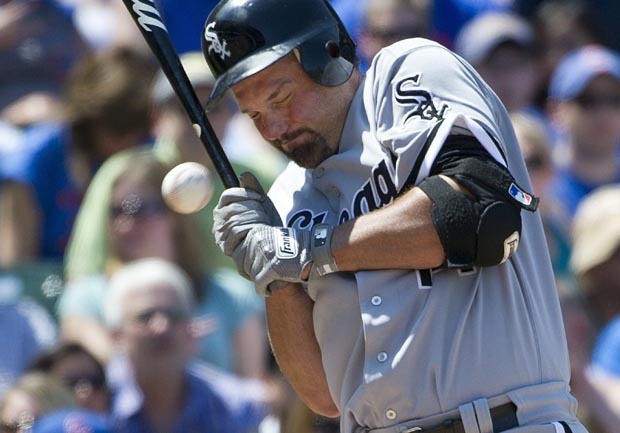 (CBS/AP) CHICAGO - Chicago White Sox first baseman Paul Konerko left Friday's game against the Cubs after he was hit in the face by a pitch from Jeff Samardzija.

Konerko hit a two-run homer in the first and was back at the plate in the third inning. Samardija's high pitch sent him sprawling to the ground. Konerko stayed down for several minutes before he was able to walk off the field, holding a towel to his face.

Konerko sustained a laceration above his left eye and dealt with swelling, CBSSports.com reports. He is undergoing additional tests.

Dayan Viciedo went in to run for Konerko and took over in left field with Adam Dunn moving from left to first. Konerko's homer was his 19th in 66 games against the Cubs since joining the White Sox in 1999. He came into the game batting .362, third-best in the American League.