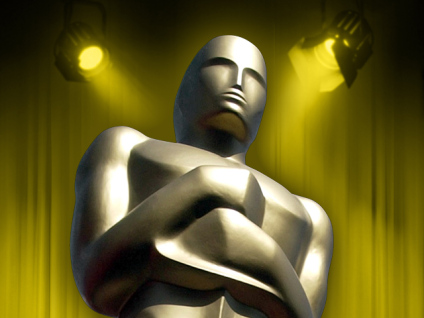 (CBS) On Sunday, Oscar watchers and casual fans the world over will be rewarded when their favorites win. Just who are the people's favorites?

This isn't an exact science, but there are some clues: Type in "James" at Google.com and Instant Search autofills "Franco." James Franco is nominated for Best Actor for "127 Hours."

Type in "Natalie" and Google Instant Search fills in Portman. Natalie Portman is nominated for Best Actress for "Black Swan."

Type in "Michelle" and you'll get Michelle Obama, not Michelle Williams, who's nominated for Best Actress for her performance in "Blue Valentine." (In Williams' defense, it's tough to compete with the first lady.)

People search website Spokeo.com says the most popular searches this week on its site are James Franco, Michelle Williams and Natalie Portman. We'd call that foreshadowing, but Portman and Williams are nominated in the same category.

Maybe that means it'll be a tie for Best Actress! It happened once: Katharine Hepburn and Barbra Streisand shared the Best Actress award at the 1969 ceremony for "The Lion in Winter" and "Funny Girl" respectively.