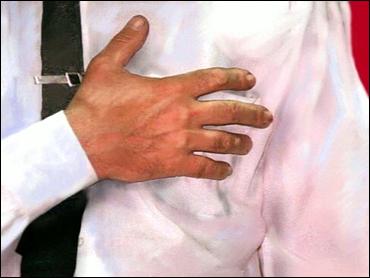 Doctors in many countries are targeting the wrong people for treatment to avert heart attacks and strokes, according to a new report by the United Nations health agency.

Doctors are too prone to prescribe medication only for those with high blood pressure or high cholesterol, according to the World Health Organization, which will publish its World Health Report later this month.

Medication would be better targeted at those who have multiple risk factors such as smoking, lack of exercise, excessive alcohol consumption and poor diet, even if blood pressure or cholesterol levels are only slightly elevated, it said.

The main problem is that medication is usually prescribed only when blood pressure or cholesterol levels pass an arbitrary threshold, the report found.

The WHO report found that most people — perhaps 60 percent worldwide — have elevated blood pressure that is not high enough to be labeled hypertension. They are sometimes in more danger of having a heart attack or stroke than people with hypertension. About 23 million Americans are in this category.

A similar pattern occurs for cholesterol, said Dr. Anthony Rodgers, one of the report's main authors. Cholesterol measurements that are considered average are actually usually too high for good health.

The WHO experts found that elevated blood pressure causes about half of all cases of heart disease worldwide. Elevated cholesterol causes about a third.

About three-quarters of all heart disease can be explained by known disorders and that only 25 percent of cases are a mystery, the report said. That is far higher than the one-third to one-half of all heart disease cases commonly thought to be caused by blood pressure or cholesterol or other known risk factors.

"This evidence calls into further question the use of thresholds like hypertension when nearly all the population could benefit from lower blood pressure," said Rodgers, co-director of the clinical trials research unit at the University of Auckland in New Zealand.

"The global disease burden due to blood pressure is twice as much as previously thought," says Dr. Gro Harlem Brundtland, director general of the WHO.

People whose blood pressure lies between healthy and hypertension are not getting medications to avert heart attacks and strokes, even though they should, Rodgers said. And too many people not at great risk of heart trouble are getting treatment at the expense of those who need it more, he said.

For example, a 45-year-old man who has hypertension and is otherwise healthy usually receives medication. But his risk of a heart attack or stroke is less than that of a person who has elevated blood pressure falling short of hypertension, but who smokes, drinks heavily, is overweight and has slightly elevated cholesterol levels.

Doctors should look at a list of risk factors in each patient and prescribe medications to those who have multiple problems regardless of their blood pressure or cholesterol levels, WHO experts said.

The drug cocktail can more than halve the chances of a heart attack or stroke, could be much more widely used in the developed world and is increasingly affordable for poorer countries, the report says.

Dr. Thomas Kottke, a cardiovascular disease specialist and professor of medicine at the Mayo Clinic, said the United States is already moving in that direction.

"They are talking about a paradigm shift here of what we think about," said Kottke, who was not involved in the report. "Certainly there are trials that demonstrate this appears to be a good idea."

Pills are not the only solution, the report said. Nationwide strategies such as reducing the amount of salt in processed foods, higher taxes on tobacco to discourage smoking and encouraging better eating and exercise habits would also help.