This story was filed by CBS News producer Mimi Spillane in London. 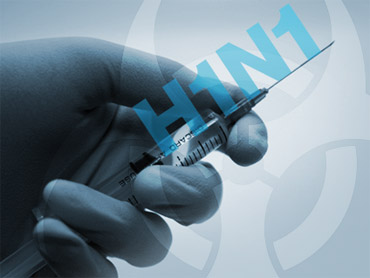 (CBS)
Questions are being raised about the H1N1 pandemic and how it has been handled by the United Nation's World Health Organization (WHO) — which has been spearheading the response since reports of the virus surfaced last April.

In a strongly worded defense today, Dr. Keiji Fukuda, Special Adviser to the WHO Director-General on Pandemic Influenza, responded directly to the four major allegations:

• Whether this is really a pandemic
• Whether the WHO changed the definition of pandemic, i.e., dialed down the criteria to accommodate this outbreak
• Whether the WHO has overplayed the disease's effects
• Did any of these things happen because the WHO was unduly influenced by the pharmaceutical industry to allow big pharma to ratchet up production of a vaccine for business reasons

Dr. Fukuda gave a firm "no" to all of these charges Thursday.

The WHO, he says, had always predicted this would be a mild pandemic, but that since the definition of pandemic is the worldwide spread of a disease, this definitely fits the criteria.

As to charges that the organization was influenced by the pharmaceutical industry, Fukuda acknowledges that the WHO reaches out to experts in situations like this, but has safeguards in place to guard against conflicts of interest.

The news conference became necessary after reports that the Council of Europe - a Europe-wide group that coordinates responses to situations affecting individuals - is calling for an investigation into the possible influence of the drug industry on how the WHO handled the H1N1 outbreak.

It all comes as many countries are trying to cut their contracts with suppliers of the H1N1 vaccine because only a small percentage of the ordered doses have been used.

Only one country is known to have rejected the vaccines - Poland. There, 145 deaths have been blamed on H1N1, but many Poles reportedly support the government's decision as a gesture against big pharmaceuticals.