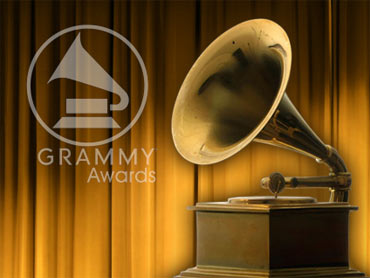 LOS ANGELES - With his 10 nominations, Eminem has the potential to sweep Sunday night's Grammy Awards - as well as win that elusive album of the year trophy, a category for which he's had three nominations but never a win.

His favored "Recovery" was 2010's best-selling album of the year and marked a major comeback for Eminem, who had been addled by a prescription drug addiction and critical malaise.

But the gifted and twisted rapper might get tripped up by some fierce competition, including a song that rivals him for coarseness

Cee Lo Green's "(Expletive) You" is in competition with Eminem's "Love The Way You Lie," featuring Rihanna, in the record and song of the year categories.

Also nominated in the album of the year category are Arcade Fire's "The Suburbs," Lady Gaga's "The Fame Monster," Katy Perry's "Teenage Dream" and Lady Antebellum's "Need You Now."

"Need You Now" was the second best-selling album of last year, buoyed by the crossover success of its lovelorn title track. The country song is also nominated for record and song of the year.

Other nominees for record of the year include Jay-Z's "Empire State of Mind," the New York native's anthem for his city featuring Alicia Keys, and rapper B.o.B's "Nothin' On You," with a melodious hook courtesy of Bruno Mars.

Although Mars is enjoying solo success on the charts now with "Just The Way You Are," which got him nominated for best pop male vocal performance, the bulk of his seven Grammy nominations come from his collaborative efforts. He is also a co-writer on "(Expletive) You" and his production group, the Smeezingtons, is up for producer of the year.

"(Expletive) You" is an unlikely hit - a retro groove with a vulgar rebuke to a former girlfriend and her new lover. Its popularity was boosted when the clean version of the hit, "Forget You," was performed by Gwyneth Paltrow on Fox TV's "Glee." Paltrow and Green are slated to sing the song on the Grammy telecast on Sunday, along with Jim Henson's puppets, completing an ironic family-friendly transformation of a wash-your-mouth-out-with-soap song.

The collaboration is among the many buzz-worthy moments the Recording Academy has planned for the Grammy telecast, which is performance packed and only doles out a tiny fraction of the academy's 109 categories. The rest are presented in a pre-show ceremony.

Mick Jagger - along with Raphael Saadiqis - is set to perform a tribute to the late soul great Solomon Burke, marking the first time Jagger has sung on the Grammy stage. Also featured on the show will be music legends Bob Dylan and Barbra Streisand. Ailing icon Aretha Franklin will be honored in absentia by Jennifer Hudson, Christina Aguilera and Martina McBride, Yolonda Adams, and Florence Welch of the best new artist nominee Florence and the Machine.

Another best new artist hopeful, Justin Bieber, is set to sing with his friend Jaden Smith (son of Will and Jada Pinkett Smith) and Bieber's mentor, Usher. Eminem is also slated to perform with his mentor, Dr. Dre.

Other artists expected to perform on Sunday's show include Bruno Mars, Arcade Fire, Katy Perry, Lady Gaga, Drake and Rihanna. The ceremony will be broadcast live from the Staples Center in Los Angeles.