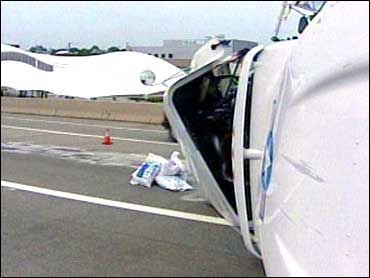 In her latest Political Points commentary, CBS News Senior Political Editor Dotty Lynch takes a look at the race for control of the House of Represenatives.


"Tough but doable," was how Democratic Campaign Committee executive director Howard Wolfson described the Democrats' chances of taking back the House last Friday. Wolfson had a rough week. Charlie Cook, the respected non-partisan political analyst who is listened to by political reporters, and maybe more importantly, by political PACs, wrote that the math just didn't seem to be there for the Democrats to pick up the net of six seats they'd need to regain control of the House.

During the spring and summer, Cook believed that the Democrats could overcome the math with their strength on domestic issues. But, despite a slight edge (48% Democrat-46% Republican) in the "generic ballot question ("If the election were held today for Congress, for whom would you vote?"), Democrats haven't put the issues together in a way to produce the tide needed to produce a Democratic House. Last summer, not only Cook, but top Democrats as well, believed that the Enron, WorldCom and Arthur Anderson scandals along with the plummeting stock market had created a climate that could sweep the Democrats back. At one point, they even fantasized that all 40 or so competitive races could break their way.

But by August, guns had replaced butter as the overarching national political theme and the Democrats lost that "mo." A driving force behind the vote on the Iraq resolution was the burning desire by the Democratic leadership to get the focus back on the economy. Indeed the day after the vote, House Democratic leader, Dick Gephardt and Senate Majority Leader Tom Daschle held a high-profile economic forum as a signal that the economy was their main concerns.

Getting the focus on the economy is not actually a silver bullet for the Democrats. While polls show that voters are concerned about the economy and believe that the Democrats are slightly better on this issue, it's not an overwhelming vote of support. The strongest argument the Democrats can make is that they can provide a check on the Bush administration policies. This week, a Democratic issue group, Mainstreet USA, is launching a national TV ad campaign with that message. Republican pollster Matthew Dowd says that despite the fact that the public believes the economy is going in the wrong direction, they are looking for positive solutions not fixing blame on President Bush or the Republicans.

The math that Cook refers to basically stems from the tiny number of races that are actually in play this year – mainly because of redistricting, which overwhelmingly favored incumbents. Cook Report Congressional analyst Amy Walters points out that at a similar point 10 years ago, in October 1992, the Cook Report listed 151 of the 435 House seats as competitive. This year that number is in the mid-40s. In 1992, the post-office scandals and retirements also came into play in making more of the races competitive but redistricting was a major factor

"The power of incumbency is a well-established fact of political life," says Congressional analyst Rhodes Cook, "but incumbent protection became the dominant theme of this round of congressional redistricting assisted by ever more sophisticated computer programs that can track demographic changes block by block."

Looking at the contest this way, the Democratic hurdle becomes clear. Of the 44 races CBS News believes are actively in play, there are 14 districts leaning Democratic, 15 toss-ups and 15 leaning Republican. There are 189 seats that are strong for Democrats. So to reach the magic number of 218 – that is, for a majority – the Democrats would have to win ALL the 14 contests that are now leaning Democratic and ALL 15 tossups. The Republican math is a lot easier. All they have to do, with 202 solid GOP districts, is carry the 15 districts now leaning Republican and win ONE of the 15 toss-up races.

That's presuming no big counter trend occurs in the next three weeks. However, Stuart Rothenberg, another top nonpartisan congressional analyst, says he's "not prepared to say that the economy and poor performance of the stock market can't combine to deliver a blow to the Republicans on Nov. 5." Another round of plummeting stocks, other bad economic news combined with a targeted Democratic message to use the elections as a check on Republican economic policies could "change the current political equation," Rothenberg writes in this week's Capitol Hill newspaper, Roll Call.

So, going into the final three weeks, we echo, but modify, Mr. Wolfson. Tough, but doable. But very tough.