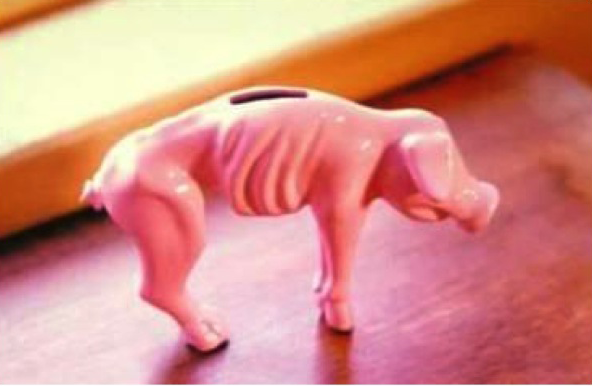 (MoneyWatch) Forget blaming too many lattes, eating out too often, and buying expensive cars and clothes as the culprits for why baby boomers haven't saved enough for retirement. While it's true that much of the responsibility falls on our spending habits, it's not on the items I mentioned above.

A recent report from the National Center for Policy Analysis analyzed how spending habits have changed over the decades by comparing how middle-aged workers spend today to their cohorts 20 years ago. The report analyzed statistics from the Bureau of Labor Statistics' annual Consumer Expenditures Survey and identified the top three areas in which boomers are spending more than the prior generation of Americans aged 45 to 54 and 55 to 64:

- Spending on education has increased by 80 percent for 45-to-54-year-olds and by 22 percent for 55-to-64-year-olds.
- Boomers are spending more on their adult children. According to one survey, more than half of all people in those age groups are providing some form of financial support to their adult children.
- Expenditures on all types of housing have increased by 25 percent for both age groups. One cause is house size: The median house increased in size from 2,080 square feet in 1990 to 2,392 square feet in 2010.

A close fourth was money spent on health care, including premiums, which increased 30 percent for 45-to-54-year-olds and by 21 percent for those ages 55 to 64.

How to balance spending on your kids vs. saving for retirement
How to choose the best place to retire Social Security errors that can cost you thousands

The NCPA report reveals a simple fact: You'll save less if you make less money and don't reduce your spending habits accordingly. That's understandable if you're committed to fixed living expenses, like mortgage or college costs.

Many factors that reduce our ability to save are beyond the control of many readers, and a lot of the blame, including the volatility in income and the increase in health care expenditures, can be pinned on the economy. Many boomers may also be helping support adult children who can't find a job in today's sluggish economy.

So what can we learn from this report as we approach our retirement years? The answers might sound familiar to my readers: Focus on the spending that you can control. Be careful when selecting a college for your kids -- that state university might be your best bet. Find the right balance between supporting adult children who are truly in need versus pampering kids who might be able to take care of themselves.

Take a hard look at your housing expenditures, and look for ways to reduce your spending. Buy "just enough" of a house to meet your needs and make you happy. Refinance your mortgage if you haven't done so recently. Pay off your credit card debt; people who approach their retirement years with little or no debt are in a far better position than those carrying substantial debt.

I know all of this is easier said than done, but whoever said that growing old would be easy? We really do have the power to make positive changes in our lives despite the current economic challenges. And if we just blame the economy and do nothing, then all we have is a pile of blame and no improvement in our situation. Which would you rather have?