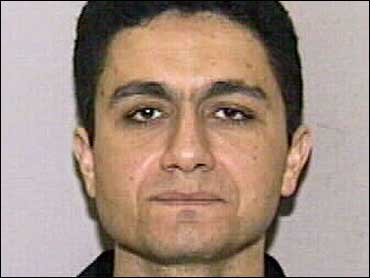 Since 2001, al Qaeda is believed to have dispatched three men to blow up American airliners. Two of them tried but failed to set off explosions, and the third backed out of his assignment.

What made him different? A new study suggests family ties may have played an important role.

The report to be released this week by the Washington Institute for Near East Policy looked at dozens of terrorists in trying to figure out what motivates terror dropouts and how others might be influenced to turn their backs on violent operations.

Michael Jacobson, who wrote the study, said one of the key differences in the case of British student Sajid Badat was his continued connection to his family, which had emigrated from Malawi to Britain before he was born.

Badat, then 21, didn't go through with a December 2001 shoe-bombing operation. He stashed the bomb under a bed in his family home in Gloucester, England.

British intelligence tracked down Badat two years later using evidence found on shoe bomber Richard Reid, who attempted to bring down a plane in December 2001 and is serving a life sentence in a high-security U.S. prison. More recently, a Nigerian man, Umar Farouk Abdulmutallab, was charged with trying to blow up a Detroit-bound airliner last Christmas with explosives sewn into his underwear.

Jacobson, who interviewed 10 of the dropouts, said that unlike Reid and Abdulmutallab, Badat returned from militant camps in Afghanistan and Pakistan and eventually moved back in with his family.

Badat told prosecutors he bailed out because he was hoping "to introduce calm into his life." He is serving a 13-year sentence.

Families can play either a positive or negative role in a terrorist's plans, something al Qaeda recognizes. Lead Sept. 11 hijacker Mohammed Atta instructed his compatriots to cut off ties to their families. However, the two Sept. 11 conspirators who dropped out were both in touch with their families, against al Qaeda instructions.

At the same time, al Qaeda is known to realize the power that families can exert in keeping a terrorist in the fold. It has paid extra to men with wives, given them additional time off to be with their families and encouraged them to recruit their spouses to the cause, according to the report, which cites captured al Qaeda documents.

In one case, it was al Qaeda's seeming indifference to the plight of the wife of one of its operatives that ultimately turned him into an American informer.

L'Houssaine Kherchtou, a former member of al Qaeda who was a key witness in the trial of four men accused in the 1998 bombing of two U.S. embassies in Africa, turned against the organization in part because it rejected his request for $500 to cover the cost of his wife's Cesarean section. Khertchou saw the slight as part of a larger pattern of stinginess, and he split from the group when it moved from Sudan to Afghanistan.

Another would-be extremist from the United States was intercepted by his sister at a foreign airport en route to Pakistan and persuaded to go home. The intercept was orchestrated by an imam in Texas who was contacted by the family and who has close ties to the FBI, according to the report.

Others have been turned off by the gritty reality of the terrorist life versus the romantic vision that brought them into it in the first place.

Five of six young Yemeni-Americans from Lackawanna, N.Y., who pleaded guilty to supporting terrorism in 2003 dropped out of their Afghan training camp in 2001 despite pressure from their al Qaeda recruiter. Bad food was one irritant; when one discovered the meals were better in the infirmary, another faked a leg injury and spent the rest of the time in the facility.

An unidentified British official quoted in the report said many young Britons who have traveled to the tribal areas of Pakistan have quickly returned home after being disappointed by their experience.

The disappointment is due in part to the severe changes al Qaeda made in its training camps because of the war in Afghanistan. Before Sept. 11, the camps had not just religious studies but also weapons and physical training.

Camps now are smaller and more ad hoc, and recruits have sometimes been asked to pay for their own equipment and housing, Jacobson writes.

The reasons terrorists and extremists reverse course vary but could point to a way to encourage more dropouts, Jacobson says.

One effective method: puncturing the mystique of terrorist leaders. Jacobson said the 2006 dissemination of a videotape showing slain al Qaeda in Iraq leader Abu Musab al-Zarqawi not knowing how to fix and fire a jammed machine gun was a good example.

Highlighting the hypocrisy of killing civilians and other Muslims in terrorist attacks can also be effective, Jacobson found.

The U.S. government should also publicize the fact that leaving terrorist organizations is possible, Jacobson said. The Lackawanna Five actually received permission from Osama bin Laden himself to leave the camps early.

But Jacobson points out that the government is often the least effective messenger for a counternarrative to terrorists; former terrorists and extremists are in a better position.