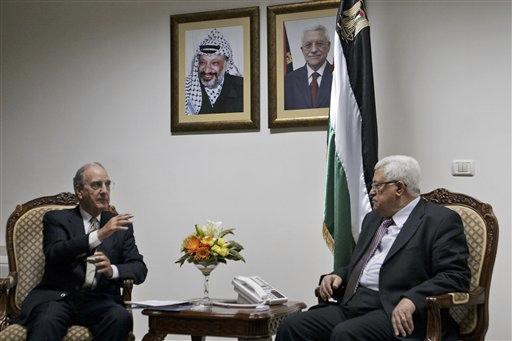 If you've ever wondered how French women stay slim while eating cheese, bread, and drinking wine, the book "French Women Don't Get Fat" has the answers.

Consider this, only 11 percent of French people are obese compared to 30 percent of Americans who are 30 pounds heavier than a healthy weight. And the reason is not because French women smoke more. The percentage of female French smokers is not much greater compared to the number of Americans who smoke according to the American Cancer Society.

Guiliano describes it as the "ultimate non-diet book." There are no carb counts, and no fat grams listed in the various personal recipes she shares with readers in the book. Her basic advice is: Eat only good food (as in good quality). Relax and savor every bite.

Click here to read an excerpt from Chapter 1
- VIVE L'AMÉRIQUE: THE BEGINNING . . . I AM OVERWEIGHT

The author says that she understands why a recent study showed that most "diets" don't work for long term. She writes, "there is no lasting glory in rapid weight loss. That's what diets offer: a fast (weeks, not months) round of misery for temporary results. If you believe you can shed pounds quickly by force of will and deprivation, you will in all likelihood not only regain the ones you lost, but add a few more besides."

Part of the problem, she says, is that diets bore people after a while; dieters eventually lose interest in eating altogether, so they become more tempted to eat poorly and quickly.

If you are interested in following her plan, she suggests giving it about three months for it to really become a part of your life. And ask yourself some very important questions as to why you want to change your eating habits:

When it comes to drinking wine, Guiliano believes Americans numb themselves by drinking too many cocktails these days and points out cocktails have more calories than wine. She says it is best to have wine with food. She says that's how it's meant to be consumed.

The following are a few of her tips from her book:

Keep A Food Journal: You might not eat bread, but you may drink big cappuccinos topped with a ton of sugar everyday. Also you may realize that you ALWAYS clear your plate, even if you weren't really hungry. Guiliano says once you realize, for example, how many bagels you are consuming, it will be easy for you to cut this food out. She writes though, "but if one of them is critical to your contentment, reduce incrementally."

Savor What You Eat: Guiliano believes that guilt about eating is what really has ruined food for American women. There's so much guilt and sin associated with food, she writes, that of course eating becomes a burden for American women. French women, instead, eat with all five senses, she says. This allows them to actually eat less because they are actually paying attention to what they are tasting. The other key factor, she says, is that French women don't eat until they are full. She believes that three bites of a dish are all you really need to enjoy, and she really applies that rule personally when it comes to her weakness: pastries.

Slow And Steady: The author says that if you're looking for a quick fix, this book is not for you. This book is about a lifestyle change not a quickie lose-five-pounds diet plan. She says that a "proper recasting, resetting your body's dials, is a three-month affair. The key is to make it a pleasant three months, not a sentence in Bastille."

Variety: Eating the greatest possible variety of good foods is the KEY to losing weight. She writes that "such variety will go a long way toward compensating you for those things you miss -- you will actually find yourself not missing them so much." She compares eating the same old thing to a bad romantic rut. "Losing that spark -- and just as likely to get you in trouble," she writes. This is a good opportunity to try your hand at cooking, trying new flavors, foods, herbs, etc. And again, CHOOSE QUALITY OVER QUANTITY. PICK THINGS IN SEASON. "A final trick of variety: Since the pleasure of most foods is in the first few bites, eat one thing on your plate at a time, at least at the start of the meal when you can concentrate and enjoy the full flavors. The mouthful of melange (blend of foods) defeats the purpose of variety."

Drink Water: She believes Americans don't drink enough water. Instead of reaching for a glass of juice or a cup of coffee, drink a glass of water when you wake up. She says that French women understand that drinking water is a powerful way of controlling one's weight -virtually without sacrifice. Water helps keeps your body hydrated, but also helps flush out the toxins that can make our bodies bloated and swollen. Water is lost passively more than people think: sleeping is a good example.

Ritual Eating: Make eating a special time. Turn off the T.V. Don't read at the table. Instead, focus your attention on what you're eating. The reason why people gain more weight when they eat in front of the T.V., is that they are not paying attention and are carelessly eating for the sake of eating. So eat only at the table (even if you're single), using nice plates (no paper). And eat slowly and chew properly; practice putting down your silverware and savoring your bites.

Portion Control: Learn it slowly. Cut back gently. Eating good food is great, but do you really need to eat half a pound of salmon? No. Use a scale, and reduce ounce by ounce. You won't notice that you're eating less, but your body will.

And on a related note, if you are craving chocolate, have one bar of good quality chocolate and have one bite, that's all you really need to satisfy your craving. It's that discipline that really separates American women and French women. American women are so wrecked with guilt regarding food that they tend to go from one extreme to the other.

Walk: She writes that French women don't like sports or the gym. Instead, it's part of their culture to walk everywhere. That isn't the case in the states, but she says even walking a few blocks here and there or climbing the stairs will do wonders.

Ritual Preparations: She writes that "French women love to shop and prepare food. They love to talk about what they have bought and made. It's a deeply natural love, but one that is erased in many other cultures. Most French women learn it from their mothers, some from their fathers. But if your parents aren't French, you can still learn it yourself." She says that you should go to the market two to three times a week and buy only what you need. None of this twice-a-month grocery shopping Americans do, she writes. This way you can bring your own lunch, and make your own dinner. She says that in no time, you will find yourself doing it automatically.

Guiliano learned first-hand what an American diet can do to a woman's body. She came to the U.S. when she was a teenager as an exchange student, and returned to France with 20 additional pounds. She writes that she gained much of this weight eating cookies and brownies, and eating huge portions. She returned to France depressed about her weight and actually continued to gain more weight the first year she was back. Finally, her mother sought the help of a family doctor, whom she only refers to as "Dr. Miracle." He helped Guiliano get her body back, using the old French methods. And she shares his advice in this book, which includes delicious, easy-to-make recipes.

Guiliano has kept to these rules since and has kept off the weight for nearly 30 years. At 5' 3", she maintains her weight at 110 to 112 pounds. She still eats three meals a day, drinks champagne and wine daily (part of her job). Her business requires her to eat out nearly 300 times a year, and when she does, she's eating full meals - not a wimpy frisee salad. She is the president and CEO of Clicquot, Inc.