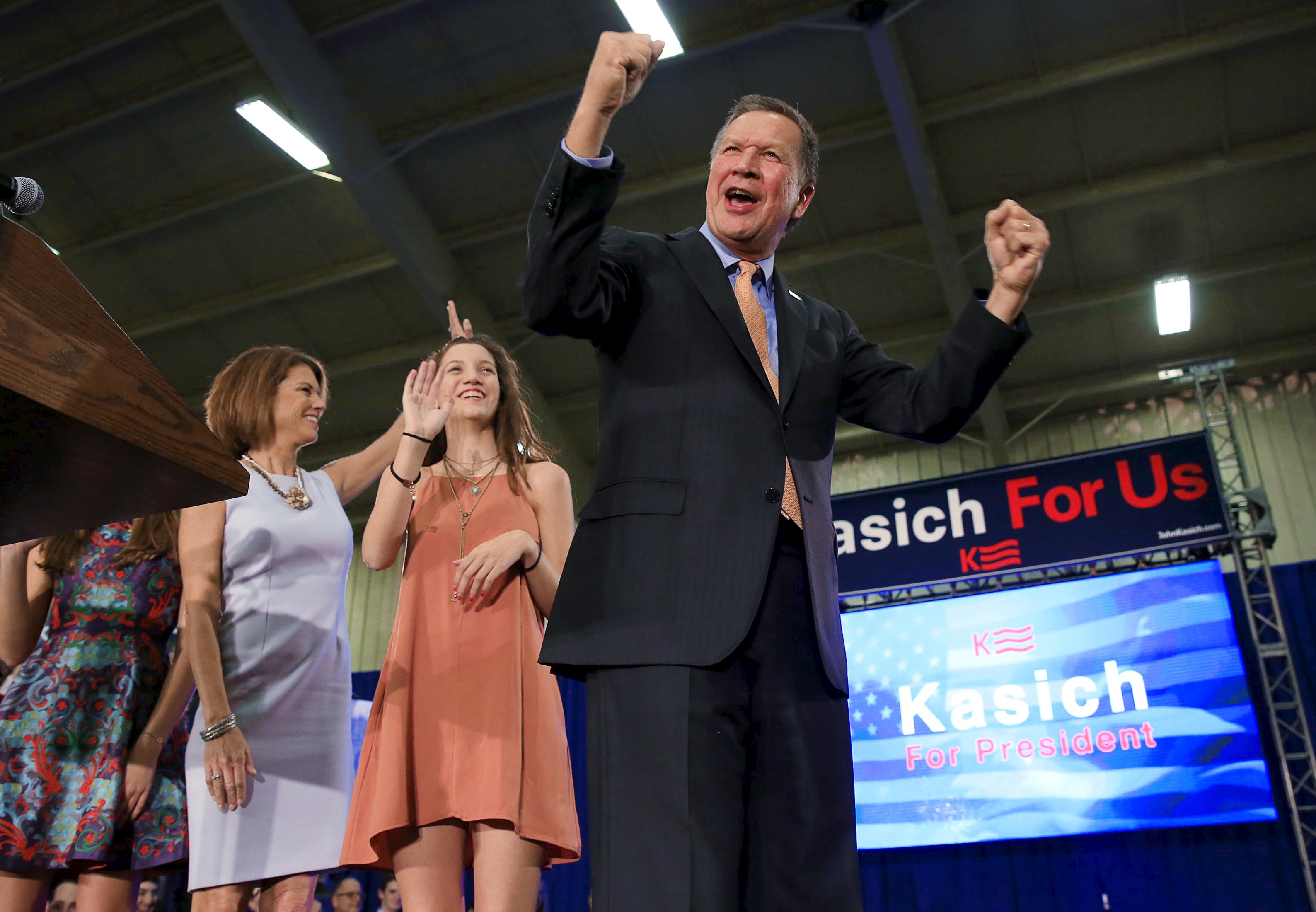 With his win Tuesday in Ohio, John Kasich will likely be the principal recipient of Donald Trump's jabs in the coming weeks. But will the Republican front-runner's aggressive tactics work against a candidate who's marketed himself as the bland, well-meaning nice guy from day one?

But where Trump has always excelled at mocking one aspect of his opponents' personalities -- Jeb Bush's lethargy, Ted Cruz's slipperiness, Marco Rubio's youth and inexperience -- he's been forced to instead confront Kasich mostly on trade policy, a strategy that tonight proved unsuccessful (NAFTA insults just don't land as neatly as "Lyin' Ted" does).

Trump recently trotted out an "absentee governor" attack against Kasich, enhancing it with a gratuitous slap at Chris Christie, who has not only endorsed Trump, but was campaigning with him when Trump make the remark. Ohioans were unconvinced, probably because of Kasich's sky-high approvals in the Buckeye State.

So Trump is still trying to find the quirk or supposed defect of character he can use to taunt Kasich, and that may prove to be a problem for Trump moving forward.

With Rubio out, Trump now faces a two-front war against candidates who have proven they can beat him. Of the next two contests, Arizona and Utah, only the former is a likely slam-dunk for Trump, with Cruz looking strong in the latter.

The map then starts looking a lot more favorable for Kasich, with moderate-heavy Wisconsin, New York, Delaware, Maryland and Rhode Island all voting before the end of April. Kasich can also hope to do well in Pennsylvania, which borders Ohio shares a similar pool of voters. He might even win a few of these states outright - assuming, of course, that he can withstand the coming Trump onslaught.

A string of strong finishes by Kasich in these states won't preclude Trump from winning the 1,237 delegates needed to clinch the nomination. But it could slow his roll as he tries to get the party to coalesce around him, particularly if Cruz keeps racking up victories elsewhere.

Not that Trump needs to really hit 1,237 delegates before the Republican convention to win the nomination -- if he comes to Cleveland with a significant plurality, say more than 1,000, it will extraordinarily difficult to take the nod away from him.

But if Kasich can capitalize on his Ohio win, Rubio's exit, and a rather favorable map going forward, he may, with Cruz, be able to slow Trump's momentum enough that he limps into the convention looking like anything but a consensus pick.

And that could, potentially, be enough to stop Trump. If he looks like he's losing rather than gaining strength over the next few months, he becomes much more vulnerable to the sort of backroom chicanery that might allow the anti-Trump wing of the party to block him at the last minute. At this point, the strategy of the #NeverTrump Republicans isn't about preventing him from securing a plurality of delegates, but about stripping away his aura of invincibility by keeping that plurality as small as possible.

Trump, to be sure, is still the odds-on favorite to win the Republican nomination. And Kasich, a light-on-funds moderate with some political baggage and a sometimes-grating personality, may wither under a sustained offensive from Trump just as numerous candidates have before him.

But conservatives desperate to stop him can hold out hope for a bit longer - with Kasich's win in Ohio on Tuesday, the path to a contested convention looks a little easier to navigate.