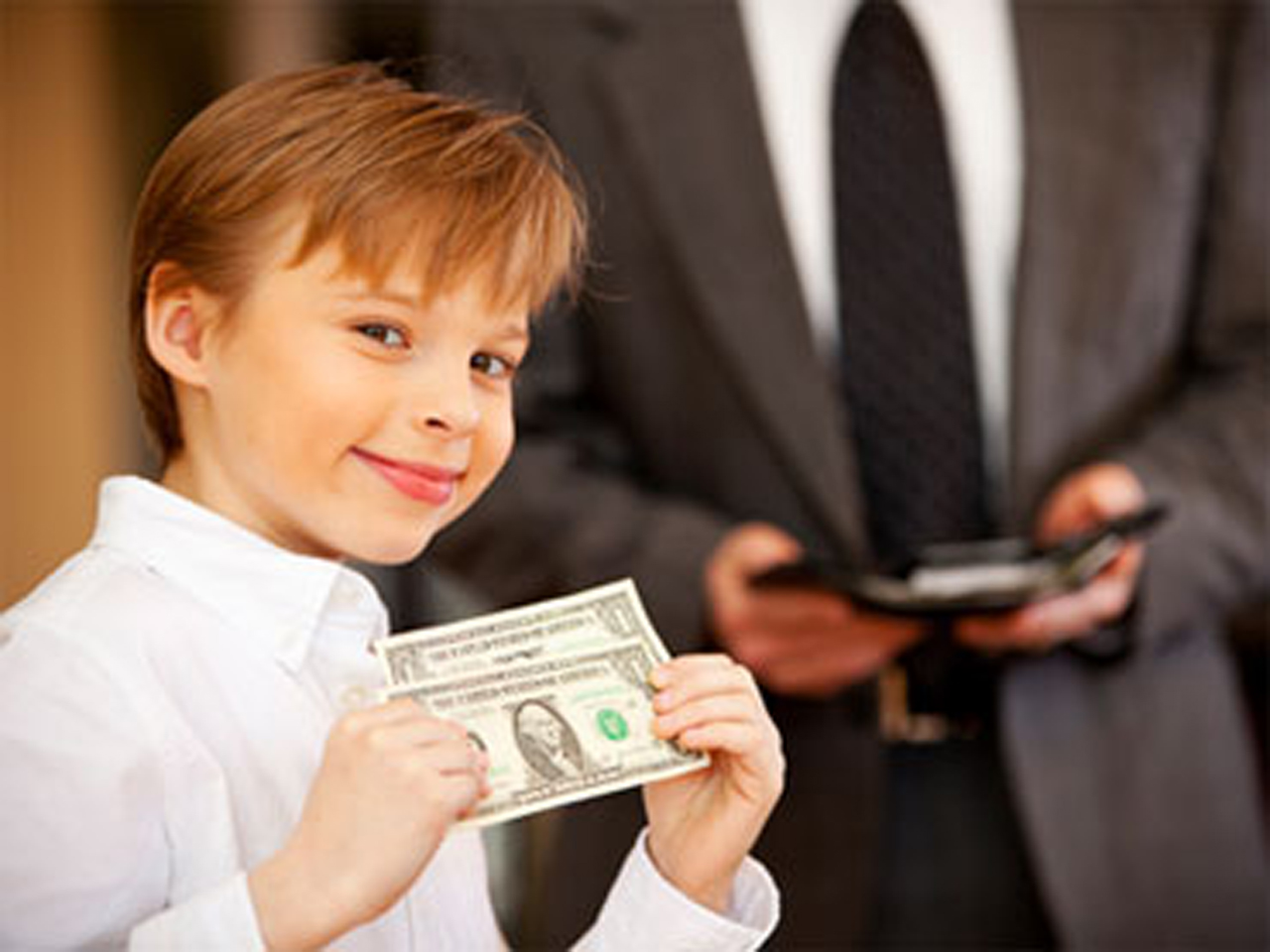 Dan Zevin has been hearing a lot of reports lately about allowance inflation. His source: his 10-year-old son Leo.

"The numbers are definitely going up," says the 49-year-old humorist and author of the Thurber Prize-winning "Dan Gets a Minivan". "And the only thing that matters to your kid is what Richie Rich's parents are giving down the street."

Classic parental conversations like that may be getting more frequent. Dan Zevin's kid has it exactly right, according to numbers crunched for Reuters by Baltimore-based money managers T. Rowe Price, which are derived from its annual Parents, Kids & Money surveys.

Meanwhile, the percentage of parents giving larger amounts, between $11-$20 or between $21-$30, jumped sharply.

And some parents are feeling very flush indeed: Four percent gave between $41-$50 a week in 2013, almost quadruple the number from the 2011 survey.

"There could be a couple of things going on here," explains Stuart Ritter, senior financial planner at T. Rowe Price. "One is that as the economy has been getting better, families are feeling a little more stable and are sharing that with the kids.

"It could also be that parents are simply involving kids in bigger financial decisions. For instance, maybe their allowance is going up -- but then they have to pay for half of their clothing bill."

Allowance inflation has been driven largely by older children, notes Ritter. After all, for too-cool-for-school teenagers, four or five bucks isn't a lot these days.

That jibes with the findings from a 2012 survey by the American Institute of CPAs. The organization found that eldest children received an average of $16.25 a week, or a healthy $65 per month.

That said, more than one percent of parents are shelling out between $91-$100 a week, according to T. Rowe Price.

These figures are eye-popping for people like Lewis Mandell, former dean of the management school at SUNY Buffalo, who has studied decades of allowance research.

Mandell, for his part, remembers getting a whopping seven cents a week as a kid. His key piece of advice for parents: be careful about the increasing allowance money you're throwing around, because it may not be doing much good.

"The prevailing wisdom is that allowances are a wonderful way to train kids to be financially literate," says Mandell, author of "What To Do When I Get Stupid," a book of financial advice for older Americans. "But looking at the research, I was surprised to see that the kids who did worst on financial literacy tests were the ones who received an unconditional allowance.

"Other kids did better -- even ones who got no allowance at all," Mandell adds.

One reason: rather than using allowances as instruments for teachable moments, some parents employ them as a way of avoiding the money subject altogether.

That's why Mandell suggests tying allowances to activities like chores, to impart the lesson of money as something dearly valued and earned and not something that falls from the sky for free.

And when your kid comes to you, griping that the classmate one desk over is swimming in cash? It's a classic Keeping Up With the Joneses scenario -- and a highly emotional one, since no one wants their children to feel deprived.

The advice of experts: "Stick to your guns," says Bruce Sellery, a business journalist and author of "Moolala: Why Smart People Do Dumb Things With Their Money". Allowances are no different than bedtime, or sweets, or any other subject you have to navigate as parents, Sellery says.

"Kids are always going to talk, and compare, and say that you're a terrible parent and it's just not fair," Sellery says. "But you have to choose what's appropriate for you, and say 'In this family, this is what we do.' "

As for Dan Zevin, he's resigned to the idea of getting even more allowance inflation reports at the dinner table -- especially since the family lives in Westchester, New York, home to a fair number of Wall Street investment bankers.

"You have to do what's right for you," Zevin advises. "But do my kids complain about allowances? Yeah, absolutely -- and very loudly."