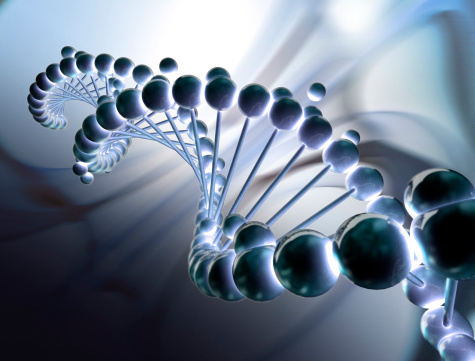 It's not the typical tech company acquisition. Microsoft has agreed to purchase 10 million strands of lab-created DNA from biotech company Twist Bioscience. The goal is to research how to encode digital data on genetic material.

Yes, it sounds like science fiction, but it marks a new development in how to store large quantities of digital data. The companies announced Wednesday that Microsoft agreed to purchase 10 million long oligonucleotides -- or shortened DNA strands that are used for genetic research -- from Twist.

"Today, the vast majority of digital data is stored on media that has a finite shelf life and periodically needs to be re-encoded. DNA is a promising storage media, as it has a known shelf life of several thousand years, offers a permanent storage format and can be read for continuously decreasing costs," Emily M. Leproust, CEO of Twist Bioscience, said in a press release. "Our silicon-based DNA synthesis platform offers unmatched scale and product quality that vastly accelerates the ability to write DNA at a cost enabling data storage. We are thrilled to work with Microsoft, and University of Washington researchers, to address the growing challenge of digital data storage."

With the amount of digital data doubles about every two years, the company said, researchers think DNA can become the new genetic filing cabinets for all of this information being produced.

"As our digital data continues to expand exponentially, we need new methods for long-term, secure data storage," Doug Carmean, of Microsoft's Technology and Research organization, said in the release. "The initial test phase with Twist demonstrated that we could encode and recover 100 percent of the digital data from synthetic DNA. We're still years away from a commercially-viable product, but our early tests with Twist demonstrate that in the future we'll be able to substantially increase the density and durability of data storage."

This kind of biotechnology will still take years to develop. You won't be replacing external hard drives with DNA storage any time soon, given that the science is still in the conceptual phases. But it could hold promise in the future.

Twist Biosciences stated that using DNA as an "archival technology" avoids two limitations of current digital storage techniques: a limited lifespan and low data density. Findings presented recently at a meeting of the American Chemical Society revealed that DNA data storage can last up to 2,000 years before deterioration, the company said.

And big things apparently do come in small packages, with a single gram of DNA having the capacity to store nearly one trillion gigabytes of digitized data.