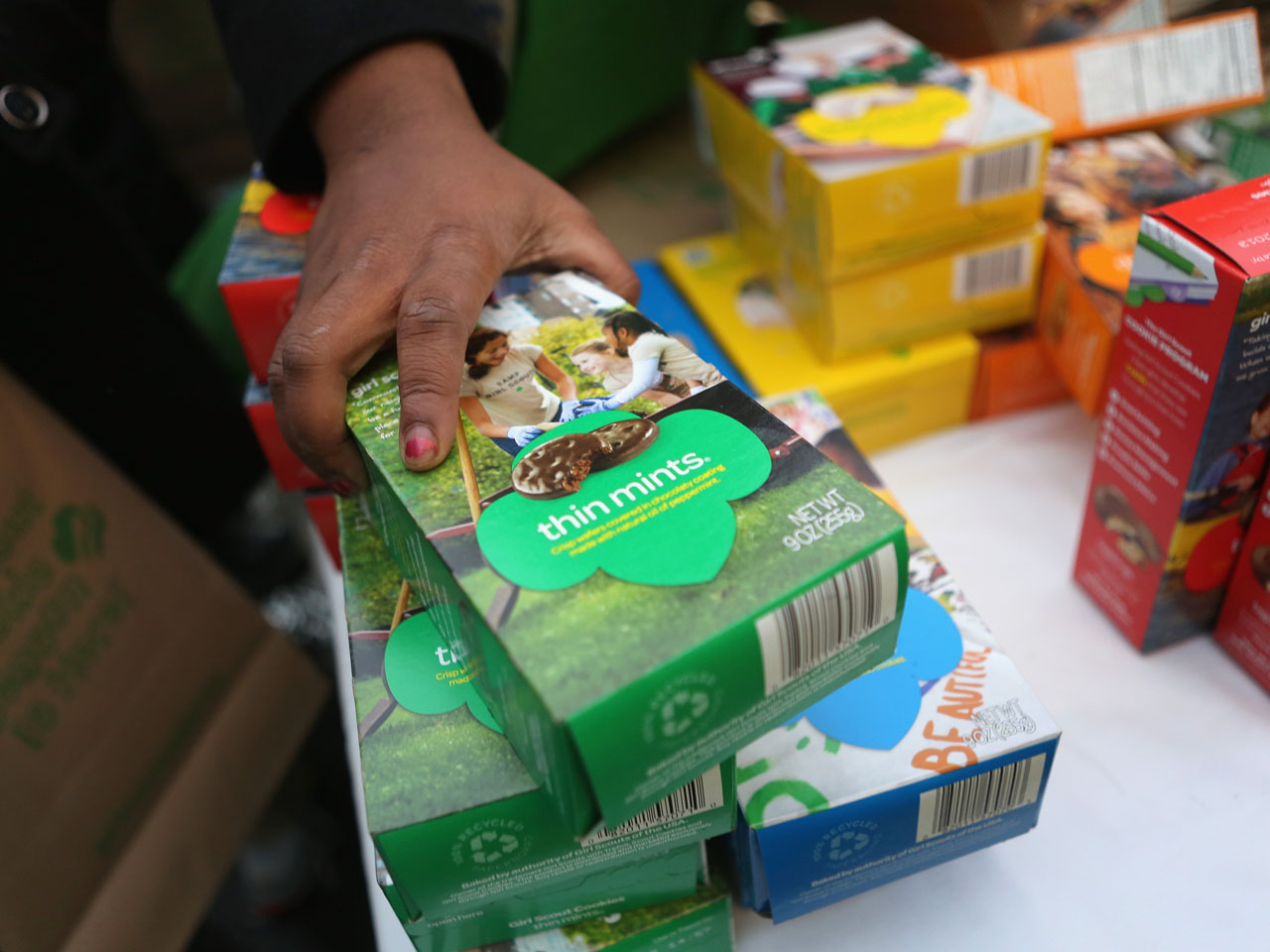 Girl Scout cookies are an American tradition: For a few bucks, you get to feel good about supporting a local troop, helping to assuage the guilt of nibbling on chocolate-covered Thin Mints.

For supporters in Northern California, however, those cookies now require a bigger chunk of dough. That's because the high cost of doing business in San Francisco and Silicon Valley has prompted the local Girl Scout council to bump the cost by 25 percent to $5.

With the price hike, the Girl Scouts of Northern California becomes the first council within the mainland U.S.A. to reach $5 per box, with most other regions asking supporters for either $4 or $3.50, said council chief executive Marina Park. The reason? Blame the high cost of living in Northern California.

"Just for people to live here costs a lot. Rents are crazy," Park said. "We have to pay a competitive rate for our staff. It's nothing compared with a tech company, but we have to compete with other nonprofits."

The only other council to charge $5 per box is the Girl Scouts of Hawaii, Park said. Hawaii, of course, is also known for its high cost of living.

The Northern California council serves girls from the border of Oregon to Santa Clara county, home to Silicon Valley, which includes some of the country's most expensive real estate markets. Median rent on a 2-bedroom apartment in San Francisco, for instance, is $3,350, while San Jose is hardly a bargain at $2,500.

At the same time, parents in Northern California are increasingly interested in boosting so-called STEM experiences -- science, technology, engineering and mathematics -- for their daughters, which has prompted the council to invest in programming to teach girls the basics of circuit design and design thinking, as well as to create robotics teams, Park said. The council is also providing more training tools online, which also adds to costs.

"Our volunteers want more technology," she said. "That's part of being in this part of the country. All of that takes money."

Park said her council has budgeted for a 15 percent decline in sales volume because of the $1 increase, with the expectation some some people may balk. Her council's cookie sale began on Sunday and will end on March 16.

From personal experience as a co-leader of a Girl Scout troop, running a cookie sale has helped our scouts pay for outings and camping, but we encountered a few raised eyebrows when our council boosted its per-box price by 50 cents to $4 a few years back. And some patrons can't help but to reminisce about back when a box cost just $1 or $2.

The business of Girl Scout cookies has grown increasingly complex -- and expensive -- with scouts and their parents seeking out cutting-edge technology and upgraded camp facilities.

At the same time, Girl Scouting is facing some significant issues, such as a decade-long slip in enrollment. Girls today have many more options than they did in previous generations, with some opting for sports leagues and after-school enrichment activities rather than scouting.

Councils rely on the cookie sales for about 80 percent of their revenue, according to The Chronicle of Philanthropy.

For the Girl Scouts of Northern California, about $3 of each sale will go to the council, which provides training, programming and runs the area's camps. Each troop will take home $1.02. Most of the rest of the cost goes toward the cost of producing the cookies.

At $5 per box, that means a package of Samoas costs about two-thirds more than a container of Nabisco Oreo cookies.

Complaints about the cost of Girl Scout cookies aren't new. Some wags have pointed out on Twitter that a box costs more than a gallon of gas. But such comparisons aren't seeing the whole picture, notes Girl Scouts of the USA chief communications executive Kelly Parisi.

Northern California Girl Scouts are learning how to explain the higher price, a valuable skill in learning to be a business person, Park said.

"A critical skill set in business is being able to make the case for the value in why you are charging the price you are charging," she said. "I'm optimistic that the community will see the value of Girl Scouts and that they'll happily spend an extra dollar."