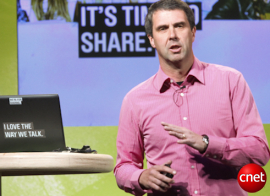 The exit of Microsoft's two top entertainment executives on Tuesday has many wondering just what is going on within Redmond's executive offices.

Although Microsoft reorganizes itself in some way on a nearly annual basis, the departure of both Robbie Bach and J. Allard is clearly a big deal. Bach, 48, had spent two decades at Microsoft and was one of its four divisional presidents, while the 41-year-old Allard was a key visionary behind the Xbox game console and other Microsoft consumer efforts.

The move comes at a critical time for Microsoft, which this year has on tap the launch of both the Project Natal add-on for Xbox as well as a badly needed update to its cell phone software, which has been bleeding market share to Apple's iPhone and Android-based devices.

"It's definitely a big change relative to Microsoft," said Matt Rosoff, an analyst at Directions on Microsoft and a member of the CNET Blog Network.

For its part, Microsoft stressed that Allard is remaining an adviser to CEO Steve Ballmer and not immediately headed to rivals Google or Apple, while characterizing Bach's exit as a retirement.

"After almost 22 years with the company, Robbie Bach has decided to retire from Microsoft," Ballmer said in an e-mail to Microsoft employees. "I have worked with Robbie during his entire tenure at Microsoft, and count him as both a friend and a great business partner and leader. Robbie has always had great timing, and is going out on a high note."

In an interview with TechFlash, Allard downplayed the notion that Microsoft's decision to kill the Courier tablet was behind the shake-up, saying he planned to focus on his other interests, including adventure sports.

"I'm really going to take a step away and challenge myself on some of these fronts that have just been musings in my head," he told the Seattle-area technology news site. In a separate interview with TechFlash, Bach hinted that the move to not ship Courier might have been a sore spot for some in the unit.

"And you know, it's hard internally because we have some -- we have a strong shipping culture," Bach said. "People want to create products and ship it, which is really cool. But you have to make sure when you're doing incubations that people understand, hey, sometimes the power is in the ideas you learn and the things you carry forward, not necessarily just in shipping something."

Neither Allard nor Bach were made available for comment for this article.

You can read the rest of this story at CNET News.com.