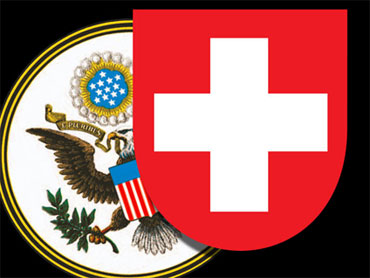 It took jurors about seven hours to decide the sentence for Reginald Carr, who turned 25 Thursday, and his brother Jonathan, 22. They were convicted last week of capital murder for the December 2000 deaths of four of the victims, and of attempted murder for the shooting of the fifth.

As the brothers were being taken from the courtroom, Mark Befort, a brother of one of the victims, told Reginald Carr: "Happy birthday," followed by an expletive. Carr's response was laced with profanity.

Juror Joe Wendell told reporters the pictures he saw of the four bodies in the field will never leave his mind. "It makes me look at life in a different perspective," he said.

Wendell declined to discuss specifics about deliberations, but said the decision was based on the law, and all the facts, testimony and evidence were considered.

"It was emotional because you can't look and decide someone's fate without feeling some emotion," Wendell said.

"They convicted him of doing a bad thing, a horrible thing - but I like him," Evans said. "That is what I told the jury. It is the truth."

In closing arguments Wednesday, prosecutors urged jurors to show the brothers the same mercy the two men showed the five friends, ages 25 to 29, who were forced to engage in sex acts with each other before they were shot. The women also were raped.

Defense attorneys said just one juror can decide to show the brothers mercy and spare their lives. If they don't receive a death sentence, they will spend at least 50 years in prison.

Jay Greeno, the attorney for Reginald Carr, said his client was the product of an abusive household, and he urged jurors to think about the effect an execution would have on Carr's three young children.

"There is no excuse for an individual's conduct. You can't blame your family for what went wrong in your life," District Attorney Nola Foulston said after the verdict was read.

The only survivor of the shootings, then a 25-year-old teacher, ran naked through the snow to get help after she and her friends were taken to the field, lined up on their knees and shot. She identified her attackers and testified against them at the trial.

The brothers also were convicted of first-degree murder in the shooting death of a woman four days before that attack.

During the trial, the brothers tried to blame each other for the killings. Jonathan Carr's attorney said his client was innocent of some of the crimes and that his brother was the leader in the quadruple murder. Reginald's attorney contended that most DNA evidence pointed to Jonathan.

A judge still has to approve the jury's recommendation and scheduled a hearing for Friday. Kansas has not had an execution since the death penalty was reinstated in 1994, although judges have followed all four jury recommendations for death.