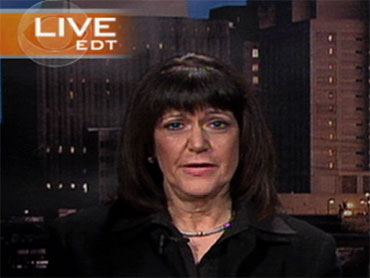 When a marriage breaks up, there sometimes can be a third party. But being the "other man" or "other woman" can cost you: In seven states, you can sue the woman or man you believe broke up your marriage. And recently, this centuries' old law helped one North Carolina woman win big -- $9 million big.

Under a law called "alienation of affection" Cynthia Shackelford, 60, of Raleigh, sued Anne Lundquist, 49, of Aurora, N.Y., charging that she broke up her marriage.

"Early Show" co-anchor Maggie Rodriguez reported the concept dates back to common law, when a wife was considered property that could be stolen.

Some attorneys find the law archaic.

Tina Schuchman, a family law attorney, told CBS News, "It's ridiculous. It's absolutely ridiculous. And the trend is more and more toward shutting it down."

But in Cynthia Shackelford's case, the law was upheld in a big way. She won $5 million in compensatory damages and $4 million in punitive damages.

However, Allan Shackelford claims his marriage didn't fail because of Lundquist.

In a online post to his local newspaper, he said his wife "... wanted to divorce him at least two years before he began a relationship with Anne Lundquist. (The) marriage did not break-up because of Anne Lundquist."

But on "The Early Show," Cynthia Shackelford said she didn't say she was going to divorce him at all. At that time, Cynthia Shackleford said, she and her husband were working on improvements to their home, so their children could come over after they got married with their children.

Cynthia Shackelford added that she didn't believe her husband was cheating.

"I didn't believe it because I trusted him," she said. "And he had told me that they were just friends. And any time any affair was mentioned it was alleged. So I just kept on and on, and just saw the path of our marriage was not doing well. And it seemed like she was always calling our house and he was always taking her home and one thing led to another."

But why sue the other woman? Rodriguez pointed out that she wasn't the one who made marriage vows.

Cynthia Shackelford responded, "But she's the one that came in between us as far as her luring ways, and which I had plenty of proof from e-mails, phone records, spending, that she alienated him from me. She used work and other ways to get in and get friendly with him, and it's like those Lifetime movies or whatever that you see that she just worked her way."

Rodriguez noted that Lundquist has said she doesn't have $9 million to pay Cynthia Shackelford.

"I'm not in it for the money, but I wouldn't believe anything she had to say anyway," Cynthia Shackelford said, adding, "But I'm just trying to send a message to other people that are like Anne (Lundquist), that if they're looking at somebody else's husband -- that's still living at home, that's still sleeping in the marital bed and comes to parties and introduces his wife at his better half -- to leave him alone and not go after him."

Lundquist is appealing the $9 million decision. But Cynthia Shackelford's lawyer Will Jordan said he believes the decision will stand.

As for the marriage law referenced in this case, Lundquist likened it to laws against people who tamper with contracts.

"Perhaps if one network tried to lure you to another against your contract, there would be a suit for interference with contract rights," he explained. "And 'alienation of affection' is very similar to that."