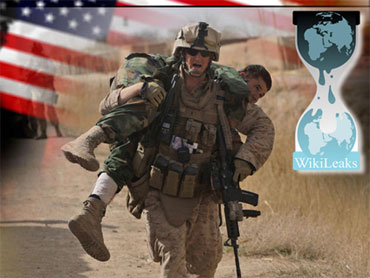 WikiLeaks spokesman Julian Assange said Thursday his organization is preparing to release the rest of the secret Afghan war documents it has on file.

WikiLeaks already has published 77,000 classified U.S. military reports covering the war in Afghanistan from 2004 to 2010, an extraordinary disclosure which some say could expose human rights abuses across the NATO-led campaign.

The disclosure also has angered the Pentagon, which has accused WikiLeaks of endangering the lives of soldiers and informants in the field, and demanded that WikiLeaks refrain from publishing any more secret data.

Speaking via videolink to London's Frontline Club, Assange said he had no intention of holding back. He gave no specific timeframe, but he said his organization was about halfway through those 15,000 or so secret files previously held back from publication.

"We're about 7,000 reports in," he said, adding that he would definitely publish them. There was no indication as to whether Assange would give the documents to The New York Times, The Guardian, and Der Spiegel - as he did before - or simply dump them on his website.

Assange said he had "no comment" about his current whereabouts.

The international media watchdog said Thursday that while the whistleblower group had often played a useful role, revealing the identity of Afghan informants ''is highly dangerous.''

Assange is under pressure from U.S. authorities who have thrown the resources of the military and the FBI into investigating the source of his scoop. The Pentagon has a task force of about 100 people reading the leaked documents to assess the damage done and working, for instance, to alert Afghans who might be identified by name and now could be in danger.

The Pentagon says it believes the next document dump by WikiLeaks will be even more damaging to U.S. security and the war effort than the organization's initial release of some 76,000 war files.

Pentagon press secretary Geoff Morrell said Thursday that the military believes it has identified the additional 15,000 classified documents that WikiLeaks has vowed to release.

Morrell declined to identify the documents other than to say that their exposure would be ever more damaging than the thousands already published.

Other governments also reportedly have been urged to look into Assange and his international network of activists, but it's not clear how aggressive the U.S. has been in pursuing Assange.

Earlier Thursday, Australian Foreign Minister Stephen Smith told The Associated Press that Washington had not approached his government about pursuing possible criminal charges against Assange, an Australian citizen, or about putting restrictions on his travel.

"Quite clearly we're working closely with the United States on these matters," Smith said, citing Australia's Defense Department and the Pentagon as the agencies working together. "These are very serious matters for concern."

Australia, which has some 1,550 troops in Afghanistan, already has launched its own investigation into whether posting classified military documents had compromised the national interest or endangered soldiers.

Asked how the Pentagon is cooperating with Australia, Defense Department spokesman Col. Dave Lapan said the U.S. task force is sharing details it finds in the leaked documents.

"Our task force is reaching out to our counterparts to update them on information that we may be finding that affects them," including information that "may affect their forces," Lapan told reporters Thursday.

"When we're coming across things that involve our allies, we are sharing info with them," he said, adding that he knows of no other form or more general military cooperation with allies on the issue. Lapan didn't name the nations that the task force has contacted.