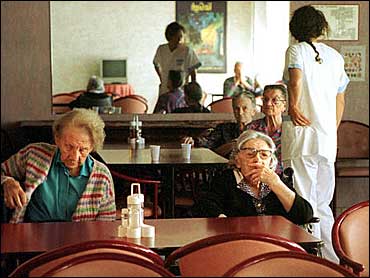 France, a country where leisure time is sacrosanct, is mulling a radical plan for financing health care after a heat wave estimated to have killed thousands: Make people work on a national holiday.

The idea, which the government floated Wednesday, immediately split opinion and provoked one main question — which of France's 11 national holidays should go? Labor Day, perhaps, or a religious festival?

At least two ministers said Christmas should not be touched.

Ever wary of angering France's powerful unions, the government insisted it still hadn't made a decision. But even considering the idea shows how seriously the government is taking calls to improve care for the elderly, who made up most of the victims from the record temperatures that baked Europe this month.

Hamlaoui Mekachera, secretary of state for war veterans, told The Associated Press that if the plan is adopted, social taxes from the extra workday could help finance elderly care.

But most of all, abolishing a holiday would signal that France is ready to make sacrifices to better care for the vulnerable, he said.

"It's a very important, very strong symbol," Mekachera said in an interview. "The gesture of solidarity is more important than the financial gesture ... so that we never witness again what we saw."

Thousands died in the heat, the government has estimated, many of them elderly and living alone. The deaths focused attention on France's struggle to care for an aging population and prompted a storm of criticism that the center-right government reacted too slowly.

Secretary of State for the Elderly Hubert Falco noted that Germany has made people work the Day of Penance and Prayer in November to finance care for the aged since 1995.

"It's one of the possibilities, among many others," Falco said after a Cabinet meeting. "It would be, as is the case in Germany, a holiday that would be worked to the advantage of national solidarity."

At first blush, the idea seemed fraught with risk. Many French, long connoisseurs of fine living, appreciate the extra time off granted by a law passed by the previous Socialist government that restricted the working week for many to 35 hours.

There are also religious and historical sensibilities.

Transport Secretary Dominique Bussereau said he opposed abolishing a May 8 holiday that celebrates the end of World War II in Europe, or Christmas, or Armistice Day on Nov. 11, when fighting stopped in World War I.

"Definitely not May 8, because it left quite a few memories; not December 25 because I want Christmas presents," he said.

On the political left, there was outrage.

Jean-Claude Mailly, a leader of the Workers' Force trade union, said a wealthy country like France should not have to make workers labor longer to finance health care. The union, he warned, would not take kindly to the abolition of the May 1 Labor Day holiday.

"It's enforced charity, totally unacceptable," he said in an interview.

"The idea that we can solve problems by working more is a big first for our country," he said on Europe-1 radio. "We all know that the time has passed for the illusion that we can be more united and make the French system function, eyeing leisure time all the while."