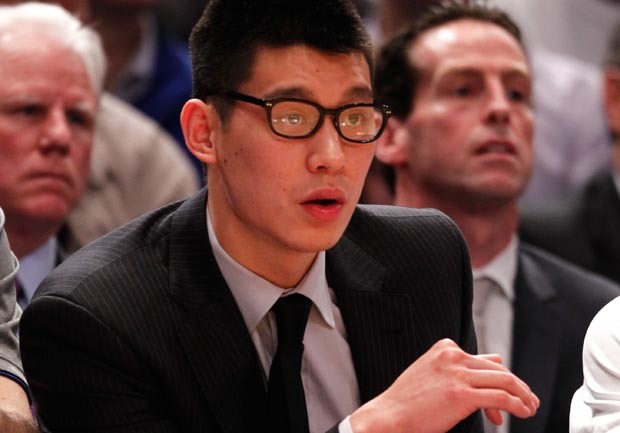 (CBS/AP) NEW YORK - Linsanity turned the season around for the Knicks once, and they are even more desperate for help now.

The interim coach said Monday he wasn't counting on Jeremy Lin to play Wednesday when his short-handed Knicks visit Miami for Game 5 of their first-round playoff series.

"I'm going at this as if he's not going to play. That's how it's been here for the last month, month and a half, and that's how I'm preparing," Woodson said during a conference call.

Lin became the biggest story in the NBA in February when he went from undrafted benchwarmer out of Harvard to starring point guard who was on the cover of Sports Illustrated two weeks in a row. A quicker-than-expected return from knee surgery would be heavily hyped with the Knicks down two point guards and facing elimination against LeBron James, Dwyane Wade and the Heat. But Lin just may not be ready to attempt it.

"I've watched him shoot and run up and down. He's not in great shape and you know as well as I know that playoff basketball, you've got to be at an all-time high, and he hasn't played in a while," Woodson said. "So I don't know if that's going to be a determining factor with the doctors, and the fact that he hasn't played. I can say, yes, he looks good, but again, does he feel good? Do the doctors think it's enough time based on the injury that he's had to get him out on the floor? I can't make that decision."

Baron Davis and Iman Shumpert have been lost to knee injuries during this series, leaving only 33-year-old Mike Bibby and seldom-used Toney Douglas at the point guard spot. Lin is close, but Woodson said that only the player and the team's medical staff would determine when he can get back on the court.

"Again, I'd love to have Jeremy out there on the floor in uniform," Woodson said. "Don't get me wrong, guys. Jeremy is a big piece of our team. But if the doctors say, `Mike, we're taking a chance; he shouldn't be out there playing,' I can't be that selfish and say, `Son, put on a uniform and play.' I mean, I just can't do that."

Lin has been playing in 3-on-3 workouts after surgery to repair torn cartilage in his left knee April 2. The Knicks said at the time he was expected to miss six weeks, meaning his season was likely over unless they reached the second round.

He was going to work out again Monday, and the Knicks will practice Tuesday. Woodson said he would prefer to see Lin go through an entire practice with full contact before seeing him in a game against one of the NBA's fiercest defenses. But there's just no time for that.

"So I am a little apprehensive about him possibly coming back. But again, if he comes to me and says, `Coach, I want to play,' and the doctors say it's all right for him to play — they might put a minute time where he can only play so many minutes. I don't know," Woodson said.

The Heat harassed Lin into eight turnovers and 1-for-11 shooting in a Feb. 23 victory in Miami, so they'll be ready if Lin is.

"Well, we've seen him before," forward Chris Bosh said. "And we just have to take the challenge. We're going to challenge him. He hasn't played in a while. It's tough to come back in the playoffs. If he does come back, we'll have a game plan specific for him and just challenge him and just compete."

Woodson said he was confident in Bibby, his former point guard in Atlanta who made a key 3-pointer with 1:23 left Sunday. And he said he would not push Lin to come back if the player is unsure, even if it gave him a better chance at a victory as he tries to secure his return for next season.

"When you're dealing with professional athletes, I would never put a player in that position and tell him that I think he should play," Woodson said. "Especially after you've had an injury, because it's just not my place to do that."

As CBSSports.com NBA blogger Royce Young notes, the question may not be can Lin play but should he play?

"The Knicks just delayed the inevitable Sunday in forcing another game, as there's really no way Miami doesn't close this thing out," Young writes. "So why hustle Lin back if it's really not going to make a difference? Especially if it could mean risking further injury that affects next season?"