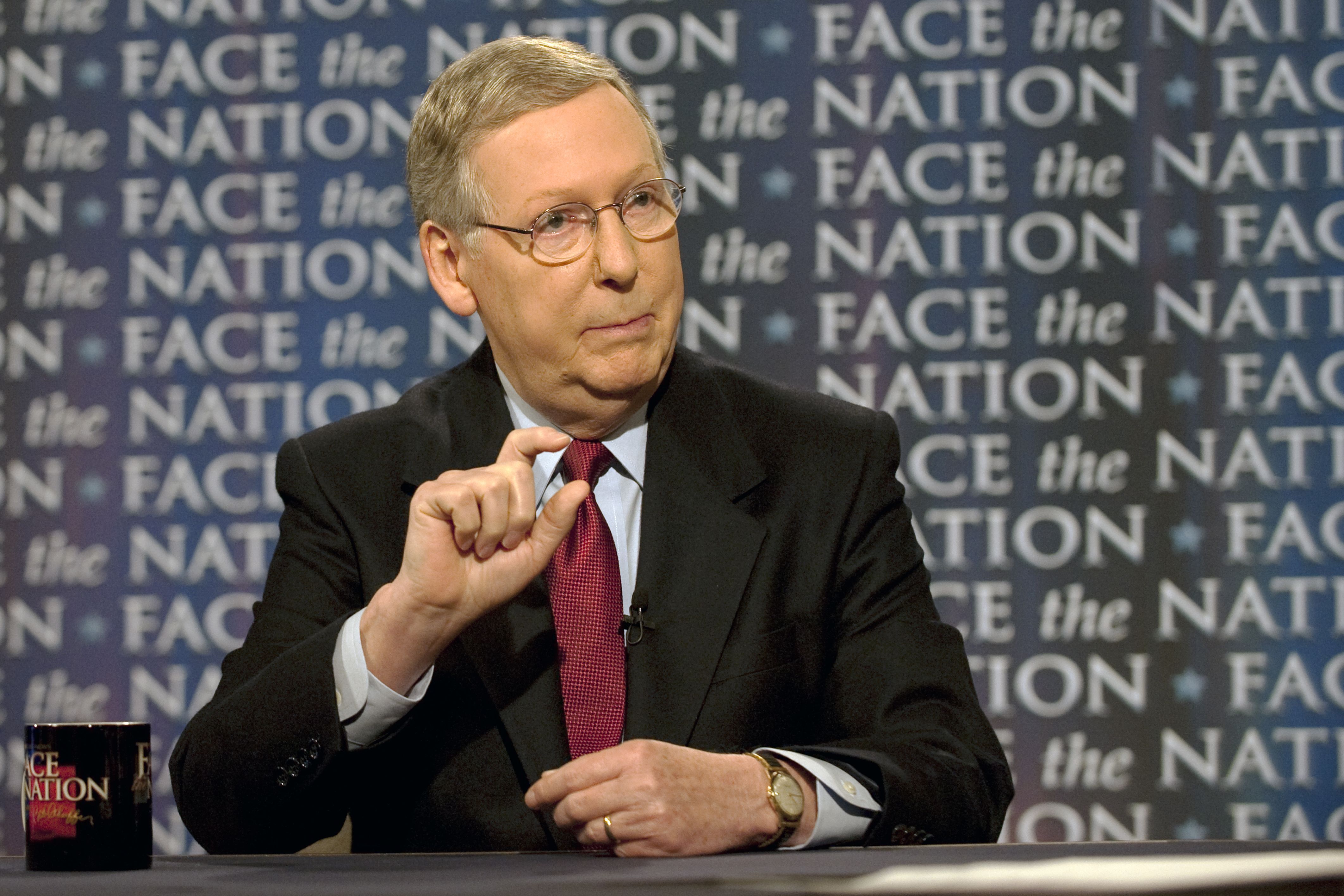 President Obama made his first big pitch under the new order yesterday. Today it was Senate Minority Leader Mitch McConnell's turn. Whereas Obama looked for a middle ground where both parties could meet, McConnell looked for the president to come over to his side. As McConnell sees it, the election was a mandate for Obama to change course.

What course will the Senate Republican leader follow? Simple: the will of the American people. "Listening to the People Who Sent Us Here" was the title of the speech he gave today at the Heritage Foundation. There's a problem, though: The American people don't really agree with him.

McConnell is not one of the politicians who pretends not to read the polls. When he argued that Obama and Democrats were out of touch, he used polls to back up his argument. Using the McConnell standard--that is, reading the polls--the views of the people who gave the GOP such a resounding victory Tuesday do not match up with his priorities of cutting taxes, repealing health care, and reducing spending.

Tax cuts: According to exit polls, only 17 percent of the country thinks tax cuts should be a priority for the new Congress. And those that do want tax cuts oppose the way McConnell wants to do it. More than half the country, 52 percent, either wants the Bush tax cuts extended for those making under $250,000 a year or doesn't want them extended at all. Only 39 percent support the McConnell position of extending the Bush tax cuts for everyone. That 52-39 split is identical to the one McConnell cited at the White House health care summit in February as proof that the American people opposed Obama's health care plan.

Health care: Voters do not list repeal of the health care as a top priority. When asked their opinion, 48 percent support McConnell's plan to repeal the law. This is hardly a mandate. Forty-seven percent want either to keep the law or to expand it.

These are opinions of Tuesday's voters--the people McConnell cited in his speech today. Voter sentiment among the broader population is even more against him. In a recent USA Today/Gallup poll, a new stimulus bill is supported by 38 percent of the country. Cutting spending gets 24 percent support; repealing health care, 23 percent; and extending all income tax cuts, 8 percent.

A possible response to all this, of course, is to say: Ignore the polls. That would undermine McConnell's case, but it's closer to the classic definition of leadership. None other than George W. Bush makes that case in his memoir Decision Points. Obama also made this claim when presented with polls that the country rejecting his stimulus and health care plans.

Sen. Jim DeMint's cynical advice to incoming Tea Partiers.
The Supreme Court wonders whether your non-money can fund non-religion.
Have we entered an era of seesaw politics?

Note: Mitch McConnell will be on Face the Nation this coming Sunday, Nov. 7