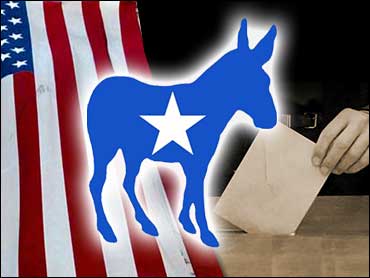 This column was written by The Weekly Standard.

There's no obvious way to measure such a thing, but as a matter of intuition, you'd have to say that the most hated people in America today are sensible Democrats. The hard-core partisans of the Democratic left have never had a bigger megaphone than they now have on the Internet, and while they are united in the view that George W. Bush is public enemy No. 1, with Alberto Gonzales and Karl Rove alternating in the No. 2 slot, what really pumps up the volume is any sign of deviationism on their own side.

This is an especially acute problem for the Democratic foreign policy establishment — the people who will actually be staffing a Clinton or Obama administration at the National Security Council, the State Department and the Pentagon. Whether you agree with them on policy or not, they are serious people who recognize they're going to have to deal with the world as it is. Unfortunately, this sensibility often runs afoul of the netroots view that the world flowed with milk and honey until Bush ruined everything.

When Michael O'Hanlon and Kenneth Pollack of the Brookings Institution travel to Iraq and report on the New York Times op-ed page that conditions there are improving, they aren't doing so in order to give aid and comfort to the Bush administration, but because as a defense expert and regional expert respectively, that's what they are seeing. Nevertheless, they were flayed alive by angry left-wing bloggers, who challenged everything from their qualifications to their competence to their honesty to their eyesight.

The policy and political headquarters for sensible Democrats has long been the Democratic Leadership Council, which was founded in response to Walter Mondale's massive defeat running as an orthodox liberal against Ronald Reagan in 1984. The DLC was closely associated with Bill Clinton's 1992 campaign as a "New Democrat" — a centrist candidate, that is, who was not beholden to the party's traditional constituencies. Only by moving to the center, such key DLC figures as Al From and Bruce Reed argued, could Democrats expect to achieve national majorities.

The DLC had its annual "National Conversation" late last month in Nashville, and the headline was who didn't show: namely, any of the candidates vying for the Democratic presidential nomination. Why not? Maybe because, as Noam Scheiber put it in another New York Times op ed, the DLC is now "radioactive" for the Democratic mainstream and especially its netroots agitators. Long ago, Daily Kos founder Markos Moulitsas pronounced a fatwa on the DLC and all its works, and his hostility to any suggestion that the left wing of the party needs to tone it down a bit for national consumption is now ubiquitous.

It's certainly shared by Scheiber, who bade to offer a eulogy for the DLC: "Two decades of work by the Democratic Leadership Council — and a not inconsiderable assist from President Bush — have made the Democratic Party the healthiest it has been in the 22 years of the council's existence. Democrats should thank the group and then tell it that it's no longer needed." Blogger Susan S at the Daily Kos (where antipathy toward the New Republic, Scheiber's employer, occasionally reaches the level of its disgust for the DLC) celebrated his piece under the headline, "Noam Scheiber Puts the Final Nail in the DLC Coffin."

A sure sign that you are in the fever swamps of partisan politics is that "final nail" locution: The blogger at Daily Kos so wants the DLC dead that she will pronounce it dead whether or not that makes the slightest bit of sense. Which, of course, it doesn't. The idea that the DLC is dead, or for that matter that it will happily go away in response to being told "it's no longer needed," is just fantasy.

It's obviously true that the Democratic Party is on a roll — feisty, and reveling in its own success. And no one can dispute that the number of Democrats willing to call themselves "liberals" has been on the rise, in step with a decline in the percentage of Democrats who call themselves moderate or centrist. Seven years in opposition to a president you have regarded as illegitimate from the outset will indeed increase partisan solidarity, which in turn reduces the need for internal differentiation, such as between "New Democrats" and old. Put it this way: If you're a Democrat and the administration of George W. Bush hasn't brought out your inner liberal, nothing will.

Unlike Daily Kos, Scheiber understands that the DLC has had something to do with the current success of the Democratic Party. Yes, Democrats, left to themselves, will increase taxes and spending both, as well as regulation of the economy. They will dream glorious dreams about getting rid of guns. But as a practical matter, and thanks in large part to the DLC centrists, they will do none of these things to the same extent a Mondale administration would have — which is, as the DLC says, the reason there was no Mondale administration.

When Bill Clinton said in 1996, "The era of big government is over," he didn't mean that the era of small or even shrinking government had begun, but he did mean that massive new bureaucratic "solutions" to social problems were no longer on the agenda, and they have remained off ever since, relegated to Democratic fantasies about a better world with no Republicans in it.

Democrats have been in a triumphalist mood before: in 1993-1994, when they were in control of both chambers of Congress and the White House. In its grip, the early Clinton administration lost its connection with the "New Democrat" agenda of the campaign. The political strategy was not bipartisanship but a reliance on the Democratic congressional majorities to produce the votes necessary to enact legislation. And besides the tax increases and "stimulus package" of spending, the most prominent item on the administration's agenda was a health care reform that looked all too massive and bureaucratic.

If Democrats conclude they don't need to reach to the center any more, they will be behaving just as foolishly as they did 14 years ago, and as House Republicans did in 2005-06, when most all the legislative action seemed focused on buttering up social conservatives. Understanding this has been the specialty of the DLC for two decades, and Democrats still need it.