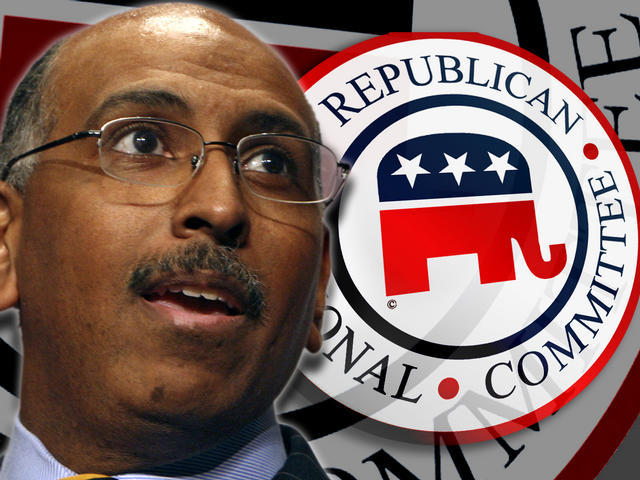 After months of criticism aimed at Republican National Committee Chairman Michael Steel from many sides of the party, it appears some Republicans are starting to make concrete moves to replace him ahead of the 2012 election cycle, reports The New York Times on Wednesday.

In an interview with the newspaper, Henry Barbour, the chair of the Mississippi Republican Party and nephew of former GOP Chair and current Mississippi Governor Haley Barbour, admitted to seeking candidates other than Steele to run in January's election for party chair.

"I do think we have to make a change, and I have actively talked to some other members in the last week or so and encouraged a few of them to consider running," the younger Barbour told the newspaper. "There's just too much at risk in the next cycle not to make a change."

Michael Steele, the former Lt. Gov. of Maryland, was the first African-American ever elected as the RNC Chair. His approach has in many ways differed from chairmen past, in part because of the way he has approached both fundraising and fund distribution.

Steele said he decided to focus on a grassroots strategy in all 50 states, like his Democratic counterpart Howard Dean, rather than going after big donors and focusing on tight races, the Times reports.

Saul Anuzis, the Michigan representative on the Republican committee who ran for party chairman two years ago, said he was disagrees with Steele's approach to leading the party.

"There clearly have been many major donors who have dropped off and have not contributed," Mr. Anuzis told the Times. "That's a problem."

Steele's public missteps as party chairman include: Exchanging in a public war-or-words with Radio host Rush Limbaugh over Republican leadership that led to Steele's public apology, " There was no attempt on my part to diminish his voice or his leadership"; saying the war in Afghanistan was "not something the United States had actively prosecuted or wanted to engage in," and that it was the conflict in Afghanistan is a "war of Obama's choosing"; offering Republican Louisiana Governor Bobby Jindal some "slum love," in apparent reference to the movie "Slumdog Millionaire"--Jindal is an Indian-American; and Steele's chief of staff and finance director spending $2,000 of RNC funds at a West Hollywood lesbian bondage club.

For his part, Steele believes he has done a good job as chairman, but was coy about plans to run for reelection.

"Whether I run or not, I'm going to be judged by what's happened over the last two years," Mr. Steele said last week, according to the New York Times, adding that the party's early investments in important states and races helped Republicans reach their historic victory of picking up at least 60 House seats. "I think you can safely say the party has re-emerged. It is a very different party. I think it's a transcendent party."