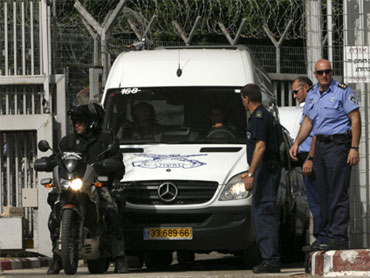 Wine drinkers have a lower risk for developing a cancer of the esophagus -one of the deadliest and fastest growing cancers in the U.S. - new research shows.

Esophageal cancer rates have increased over the last three decades, due to a more than 500 percent increase in a subtype of the cancer, esophageal adenocarcinoma, linked to acid reflux disease.

But findings from three newly published studies suggest that drinking wine in moderation may help protect against esophageal adenocarcinoma or a precancerous condition, Barrett's esophagus

All three studies appear in the March issue of the journal Gastroenterology.

In one study, researchers from the Kaiser Permanente division of research in Oakland, Calif. reported that drinking as little as one glass of wine a day was associated with a 56 percent decrease in the risk for developing Barrett's esophagus.

About 5 percent of the U.S. population is estimated to have Barrett's, but most are never diagnosed. People with the condition have about a 30- to 40-fold higher risk of developing esophageal adenocarcinoma than the general population.

The California study is the largest ever to examine the connection between alcohol consumption and the condition.

Researchers examined data from a larger trial that included detailed, self-reported information on alcohol consumption. The study included 320 people who were diagnosed with Barrett's esophagus between 2002 and 2005, 316 people who had gastroesophageal reflux disease (GERD ) without Barrett's, and 317 people without Barrett's or GERD.

Even after controlling for other risk factors for Barrett's, moderate wine consumption appeared to be protective.

"We found no relationship between overall alcohol consumption and Barrett's esophagus, but the risk of developing Barrett's was lower among wine drinkers," says Kaiser Permanente gastroenterologist and principal investigator Douglas A. Corley, MD.

In a second study, researchers in Australia examined the drinking histories of patients with both types of esophageal cancer.

The researchers found that:

In a third study, researchers from Belfast, Northern Ireland examined the impact of alcohol consumption on GERD-related esophagitis, Barrett's esophagus, and esophageal adenocarcinoma.

They found no increase in risk associated with drinking alcohol in early adulthood for any of the three conditions.

Their findings suggest that wine may lower the risk of reflux esophagitis, Barrett's esophagus, and esophageal adenocarcinoma.

Is It the Alcohol?

The studies suggest, but do not prove, that drinking wine in moderation protects against esophageal adenocarcinoma and Barrett's.

If wine is protective, Corley says the benefits may have nothing to do with alcohol.

"Wine is high in antioxidants and other studies have shown that people who eat plenty of antioxidant-rich fruits and vegetables are less likely to have Barrett's esophagus and esophageal cancer," he says.

In animal studies, antioxidants have also been shown to protect against the inflammation that causes injury to the esophagus.

Because of the many unanswered questions, Corley says it is far too soon to recommend drinking a glass of wine a day to protect against esophageal cancer.

"At best, we can say at this point that alcohol does not seem to be a risk factor for Barrett's and esophageal adenocarcinoma," he says.

"It may be that people who drink wine have healthier lifestyles," he says. "They may eat more fruits and vegetables and consume less fat in their diets. The last thing you would want is for people to start drinking wine to prevent cancer."

And even though esophageal adenocarcinoma is the fastest growing cancer in the U.S., Sharma points out that it is still relatively uncommon.