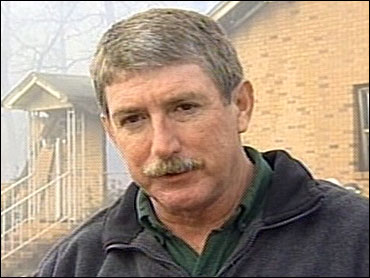 Suddenly, Sergei Fedorov has found his scoring touch after finding himself on a different line.

Fedorov had a goal and an assist in a three-goal first period Wednesday night to lead the Detroit Red Wings to a 5-2 victory over the Mighty Ducks of Anaheim.

Though the goal was just Fedorov's sixth of the season, he's scored one in each of the last four games -- three since joining a line with Steve Yzerman and Darren McCarty.

"I like to play with Darren and Stevie," Fedorov said. "That's given me a chance to get out more often. I keep skating very hard and things have been going my way."

Fedorov has at least one point in five consecutive games after going scoreless his previous six.

"He's playing with a lot of pizzazz right now," said McCarty, who also had a goal and an assist in the first period. "You want to keep him going and keep on giving him the puck."

Anaheim had won five of seven before losing the opener of a six-game road swing.

"I would've thought with the momentum we gained from the homestand we would've come out with a lot more confidence," said Paul Kariya, who scored both Anaheim goals. "I don't think we had the pop or drive right off the bat."

Teemu Selanne returned to the Mighty Ducks' lineup after missing six games with a strained muscle in his right thigh and assisted on Kariya's second goal.

"He had pretty good jump as the game went on," Kariya said.

Detroit goalie Norm Maracle, making his second start of the season, had 26 saves in place of injured regular Chris Osgood.

"I'm just glad to get some ice time," Maracle said. "When Ozzie's well, he's the man. I just want to play well when I have te opportunity and show (coach) Scotty (Bowman) that I can play a little bit."

Anaheim's Guy Hebert stopped 30 shots. But Hebert, who hadn't allowed more than one goal in four of his last five starts, was beaten on the Red Wings' first shot and three of their first 10.

"He made some huge saves, but after they were up 3-0," Anaheim coach Craig Hartsburg said. "We needed some of those shots when it was 0-0 to put some pressure on him."

McCarty and Fedorov set up each other to give Detroit an early 2-0 lead.

Fedorov made a cross-ice pass to McCarty, who rifled a shot from the top of the right circle that beat Hebert over his shoulder at 3:10. Just 3:06 later, Fedorov skated in with a pass from McCarty and, after making a move around Kevin Haller, found the net with a shot from nearly the same spot as McCarty's.

Holmstrom gave Detroit a 3-0 lead when he deflected Murphy's shot from the right circle past Hebert on a power play at 16:27.

"In the first period we didn't come out and initiate the action," Hartsburg said. "When we play like that, we're going to lose."

The teams traded goals by Kariya and Shanahan in the second period.

Kariya slipped a shot past Maracle with 4:06 remaining, but Shanahan responded just 39 seconds later on a breakaway after Anders Ericksson picked off a pass in the Anaheim zone and sent it ahead.

Larionov made it 5-1 at 4:08 of the third with a blast from the high slot just four seconds after the Ducks' Marty McInnis was sent off for hooking.

Kariya scored again on a power play with 5:12 remaining, blazing a shot from between the circles that went through Maracle's legs. Selanne, who did not play on a regular line with Kariya but joined him on the power play, had an assist.

The Ducks have scored at least one power-play goal in seven consecutive games and 10 of 11.

"We probably created more chances than they did in the second and third (periods)," Hartsburg said, "but by then it didn't matter."