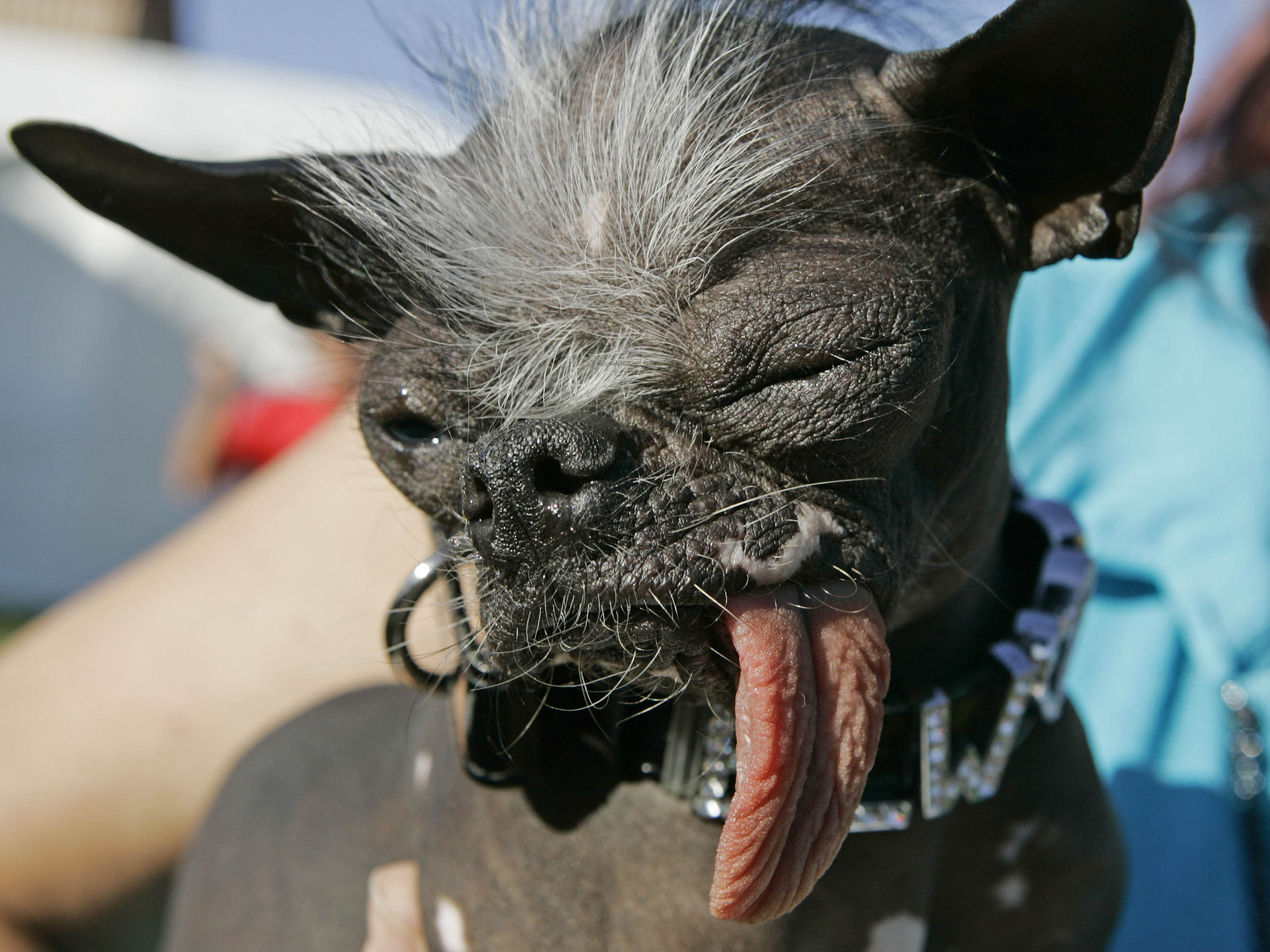 SEWELL, N.J.  -- A New Jersey canine that was crowned the world's ugliest dog in 2007 and later became the topic of a children's book preaching acceptance has died. Elwood was 8.

His owner, Karen Quigley, says the Chinese crested and Chihuahua mix died unexpectedly Thanksgiving morning. The Sewell resident said Elwood had been dealing with some heath issues in recent months but appeared to be doing well.

Elwood was dark colored and hairless - save for a puff of white fur resembling a Mohawk on his head. He was often referred to by fans as Yoda, or E.T., for his resemblance to those famous science-fiction characters.

Elwood won his crown at the annual ugly dog contest at the Sonoma-Marin County Fair in California a year after he had finished second.

Quigley had rescued Elwood in 2005, when he was about nine months old.

"The breeder was going to euthanize him because she thought he was too ugly to sell," Quigley has said.

After garnering the ugly dog title, Elwood became an online darling and developed a worldwide fan base. During his life, he appeared at more than 200 events that helped raise hundreds of thousands of dollars for animal rescue groups and nonprofit animal organizations.

Inspired by her pet, Quigley wrote "Everyone Loves Elwood," a popular children's book that promoted a message that it's OK to be different. Quigley said the book shares lessons of love, compassion and perseverance and encourages readers to be kind to animals.

"He made people smile, he made them laugh and feel good. It was wonderful," Quigley said Saturday. "He will truly be missed."