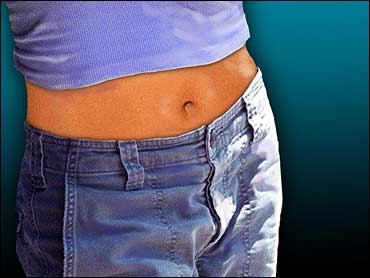 While the outbreak of influenza has been relatively mild this season, a similar virus is making the rounds.

The "winter bug," whose formal name is viral gastroenteritis, can hit hard and fast, often with little warning.

People suffering with it will often suffer serious bouts of vomiting and diarrhea, lasting from one to ten days.

The Early Show's Dr. Mallika Marshall explains that viral gastoenteritis is an infection that can be caused by a number of different viruses. The infection causes the lining of the stomach and intestines to become inflamed, which causes cramping and vomiting and diarrhea.

Even though we refer to it casually as a stomach "flu," it's not caused by the influenza virus - the cause of the traditional flu. And even though we commonly see "the winter bug," or "stomach flu" in winter, we also frequently see it in the spring and summer. Really, it can happen all year round.

What are the symptoms? The first sign is usually that you just feel kind of "blah." You may feel fatigued or achy, and nausea, vomiting and diarrhea soon follow. Other common symptoms include headache, fever, and abdominal cramps.

The symptoms usually begin a day or two after you've been exposed to the virus, and can last anywhere from 24 hours to ten days, depending on the particular virus.

A lot of people mistake a stomach flu with food poisoning and tend to blame whatever meal they last ate for their symptoms, but in most cases it's a stomach virus that's causing the gut-wrenching symptoms.

Th ebest treatment, Marshall points out, is rest and staying well-hydrated. The most dangerous consequence of having a stomach flu is dehydration, so the most important thing to do is frequently drink small amounts of fluids that aren't likely to make your symptoms worse. We call them "clear" liquids, because they are liquids you can see through -- things like water, ginger ale, sports drinks, popsicles, and clear broth.

While you're in the throws of the illness, you want to stay away from solid foods, caffeine, and milk products, because these can aggravate the symptoms and make you feel even worse.

Even though a lot of people will reach for the Pepto-Bismol or antacids, it's generally recommended that you stay away from these types of products, because they're unlikely to make you feel better, and could make you feel worse.

And if you have a stomach virus, you don't need antibiotics – they're useless against viruses, and can exacerbate nausea and diarrhea.

If you think that you're getting dehydrated, contact your doctor because, in severe cases, you may need intravenous fluids.

Viral gastroenteritis is easily passed from person to person. It's generally spread through close contact with a person who's already been infected and, really, through fecal contamination of food or objects that you come into contact with. You touch these things with your hands, then touch your hands to your mouth, and then, you're in trouble.

So, as you can imagine, you often get outbreaks in institutional facilities, where people are in close contact with one another, such as daycare centers and nursing homes.

The key to prevention is good hand-washing, and a lot of it. If know someone who is sick, wipe down any toys, doorknobs, countertops, etc. with a disinfectant. If you or your child is sick with the stomach flu, you should stay home until you're better, to avoid passing your illness on to others.

More on Viral Gastroenteritis, from the Web site of the federal Centers for Disease Control and Prevention:

WHAT IS VIRAL GASTROENTERITIS?
Gastroenteritis means inflammation of the stomach and small and large intestines. Viral gastroenteritis is an infection caused by a variety of viruses that results in vomiting or diarrhea. It is often called the "stomach flu," although it is not caused by the influenza viruses.

WHAT CAUSES VIRAL GASTROENTERITIS?
Many different viruses can cause gastroenteritis, including rotaviruses, adenoviruses, caliciviruses, astroviruses, Norwalk virus, and a group of Noroviruses. Viral gastroenteritis is not caused by bacteria (such as Salmonella or Escherichia coli) or parasites (such as Giardia), or by medications or other medical conditions, although the symptoms may be similar. Your doctor can determine if the diarrhea is caused by a virus or by something else.

WHAT ARE THE SYMPTOMS OF VIRAL GASTROENTERITIS?
The main symptoms of viral gastroenteritis are watery diarrhea and vomiting. The affected person may also have headache, fever, and abdominal cramps ("stomach ache"). In general, the symptoms begin 1 to 2 days following infection with a virus that causes gastroenteritis and may last for 1 to 10 days, depending on which virus causes the illness.

IS VIRAL GASTROENTERITIS A SERIOUS ILLNESS?
For most people, it is not. People who get viral gastroenteritis almost always recover completely without any long-term problems. Gastroenteritis is a serious illness, however, for persons who are unable to drink enough fluids to replace what they lose through vomiting or diarrhea. Infants, young children, and persons who are unable to care for themselves, such as the disabled or elderly, are at risk for dehydration from loss of fluids. Immune compromised persons are at risk for dehydration because they may get a more serious illness, with greater vomiting or diarrhea. They may need to be hospitalized for treatment to correct or prevent dehydration.

IS THE ILLNESS CONTAGIOUS? HOW ARE THESE VIRUSES SPREAD?
Yes, viral gastroenteritis is contagious. The viruses that cause gastroenteritis are spread through close contact with infected persons (for example, by sharing food, water, or eating utensils). Individuals may also become infected by eating or drinking contaminated foods or beverages.

WHERE AND WHEN DOES VIRAL GASTROENTERITIS OCCUR?
Viral gastroenteritis affects people in all parts of the world. Each virus has its own seasonal activity. For example, in the United States, rotavirus and astrovirus infections occur during the cooler months of the year (October to April), whereas adenovirus infections occur throughout the year. Viral gastroenteritis outbreaks can occur in institutional settings, such as schools, child care facilities, and nursing homes, and can occur in other group settings, such as banquet halls, cruise ships, dormitories, and campgrounds.

WHO GETS VIRAL GASTROENTERITIS?
Anyone can get it. Viral gastroenteritis occurs in people of all ages and backgrounds. However, some viruses tend to cause diarrheal disease primarily among people in specific age groups. Rotavirus infection is the most common cause of diarrhea in infants and young children under 5 years old. Adenoviruses and astroviruses cause diarrhea mostly in young children, but older children and adults can also be affected. Norwalk and Noroviruses are more likely to cause diarrhea in older children and adults.

HOW IS VIRAL GASTROENTERITIS DIAGNOSED?
Generally, viral gastroenteritis is diagnosed by a physician on the basis of the symptoms and medical examination of the patient. Rotavirus infection can be diagnosed by laboratory testing of a stool specimen. Tests to detect other viruses that cause gastroenteritis are not in routine use.

HOW IS VIRAL GASTROENTERITIS TREATED?
The most important of treating viral gastroenteritis in children and adults is to prevent severe loss of fluids (dehydration). This treatment should begin at home. Your physician may give you specific instructions about what kinds of fluid to give. CDC recommends that families with infants and young children keep a supply of oral rehydration solution (ORS) at home at all times and use the solution when diarrhea first occurs in the child. ORS is available at pharmacies without a prescription. Follow the written directions on the ORS package, and use clean or boiled water. Medications, including antibiotics (which have no effect on viruses) and other treatments, should be avoided unless specifically recommended by a physician.

CAN VIRAL GASTROENTERITIS BE PREVENTED?
Yes. Persons can reduce their chance of getting infected by frequent handwashing, prompt disinfection of contaminated surfaces with household chlorine bleach-based cleaners, and prompt washing of soiled articles of clothing. If food or water is thought to be contaminated, it should be avoided.

IS THERE A VACCINE FOR VIRAL GASTROENTERITIS?
There is no vaccine or medicine currently available that prevents viral gastroenteritis. A vaccine is being developed, however, that protects against severe diarrhea from rotavirus infection in infants and young children.