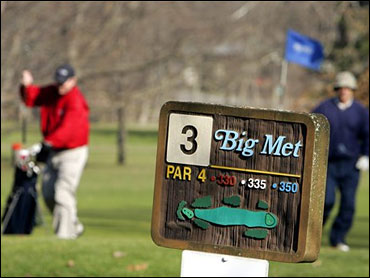 Want to warm up this winter?

"I used to ice fish in January in Indiana," says Dave Wright.

January is on track to be the toastiest that Indianapolis has had in 125 years, and the second-warmest ever.

The average temperature for the month was 40, a full six degrees above normal.

Chicago has had 38 straight days above normal, and has been 14 degrees warmer for the month than the usual 22.

Amazingly, you can't even ice fish in cold-country capitals such as Rapid City, S.D.

And it's been tough sledding for the folks trying to carve the ice sculptures for the fabled Winter Festival in St. Paul, Minn.

The big-picture reason for this season's temperatures may have some meteorologists scratching their heads. But what's clear, according to Mike Halpert of the National Oceanic and Atmospheric Administration is that, "We have a complete absence of Arctic air masses that usually come in the country in January."

The snow that's fallen hasn't been enough to blanket fields and provide relief from last year's drought in many areas.

But worry gave way to wonder in New York City on Monday, where 65-degree January days are always welcome and bring out all the most interesting people.

"This is incredible," remarked The Early Show co-anchor Harry Smith. "This is like April. It is awesome, totally awesome."

So, despite more seasonal temperatures this week in the Chicago area, Bowers says, there's no immediate end in sight for the wintertime warmup. That means some kids she knows may be using what was to be a backyard ice rink as a pool instead.

Meanwhile, on the other side of the coin, about a foot of snow fell on 14,000-foot Mauna Kea, Hawaii's tallest peak, during unusual winter storms last week. Mauna Kea means "white mountain" in Hawaiian.