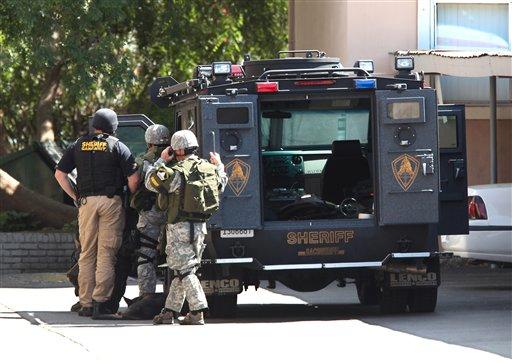 The Early Show granted a daughter's wish by giving her mother a head-to-toe holiday makeover.

I am writing to you to ask that you consider my mother, Delores Thiers, for your holiday makeover as she is very deserving of it. I am so thankful for her and all that she does for me and everyone else around her. My mother has always thought about the needs of others before doing anything for herself.

As a single mother, she always did for my brother and me while she did without to make sure that we had what we needed and wanted and never thought about what she wanted. Most recently, my grandmother went into the hospital to have surgery, and while she was in surgery, she had a stroke and was in the hospital for one month.

While my grandmother was in the hospital, I went into labor (at a different hospital) and gave birth to my second daughter. During that time, my mother was there for both my grandmother and me - she went above and beyond during that time. She was going to the hospital several times a day to see my grandmother while helping me out taking care of my new daughter and running my oldest daughter to all of her events and never thought twice about doing these things, she just did it and she is still taking care of my grandmother as she recovers from the stroke. This is the kind of person that she is, always doing whatever is necessary for everyone else and never thinking about herself. The holiday makeover would be perfect for her it is just what she needs and deserves (something just for her). Thank you for your consideration.

The Early Show stylist to the stars David Evangelista oversaw the makeover.

Delores had been bleaching her hair, but his team added color instead, buttering her hair up and toning it down.

Her hair was ash before, but transformed to more of a golden base. After neutralizing her base, colorist Parvin Klein highlighted it very lightly in the front give it some accentuation.

For Delores' haircut, Evangelista made it longer on top and shorter in the back, to play off her amazing bones and beautiful eyes. The cut proportions her face much better.

Makeup artist Nikki Ames focused on Delores' eyes, because her eyes glow. We used a powder and eyeliner, especially in the corner of her eyes. Ames didn't want anything too dark for the lips, and warmed up her cheek a lot.

Delores received a beautiful tailored suit by Millie from Bergdorf Goodman. She can wear the jacket on its own with a pair of jeans. The shoes are basic slingbacks.