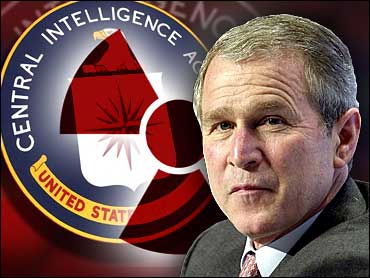 An intelligence assessment drafted last October cites "compelling evidence" that Saddam Hussein was attempting to reconstitute a nuclear-weapons program, according to documents released Friday by the White House.

Mounting a campaign to counter criticism that it used flawed intelligence to justify war with Iraq, the White House made public excerpts of the intelligence community's October 2002 National Intelligence Estimate.

That report helped shaped now-challenged comments by President Bush in his State of the Union address that Iraq was attempting to buy uranium in Africa.

The report asserts that Baghdad "if left unchecked…probably will have a nuclear weapon during this decade."

The White House sought to bolster its case as U.S. officials said that documents alleging Iraq sought uranium from Africa were obtained months before Mr. Bush cited them in making his case for war. But intelligence analysts did not look at them closely enough to know they were forgeries until after Mr. Bush had made the claim, U.S. officials say.

Mr. Bush in his State of the Union address in January asserted that, "The British government has learned that Saddam Hussein recently sought significant quantities of uranium from Africa."

However, while the British government has stood by the assertion, U.S. officials, including CIA Director George Tenet, have subsequently challenged the allegation — which was based at least in part on forged documents — and have said it should not have been included in Mr. Bush's speech.

The intelligence assessment is put together by all the agencies in the intelligence community, with the CIA overseeing the presentation of the report.

The report cites "high confidence" within the intelligence community that "Iraq could make a nuclear weapon in months to a year once it acquires sufficient weapons-grade fissile material."

Under the category of "moderate confidence," the report states that "Iraq does not yet have a nuclear weapon or sufficient material to make one but is likely to have a weapon by 2007 to 2009."

Meanwhile, new details emerged about the back-and-forth between the CIA and the White House over the speech.

According to reports about testimony by CIA analyst Alan Foley at Wednesday's closed-door session of the Senate Intelligence Committee, National Security Council official Robert Joseph wanted to use specific intelligence on Niger in the State of the Union speech.

Officials say Foley testified that he warned Joseph that the CIA had doubts and suggested the claim be left out.

Joseph then asked if the speech could refer to a British report that referenced the allegation. Foley testified he again warned Johnson the CIA had doubts about the British claim.

Foley said he did finally agree it would be technically correct if the NSC laid the claim off on the British.