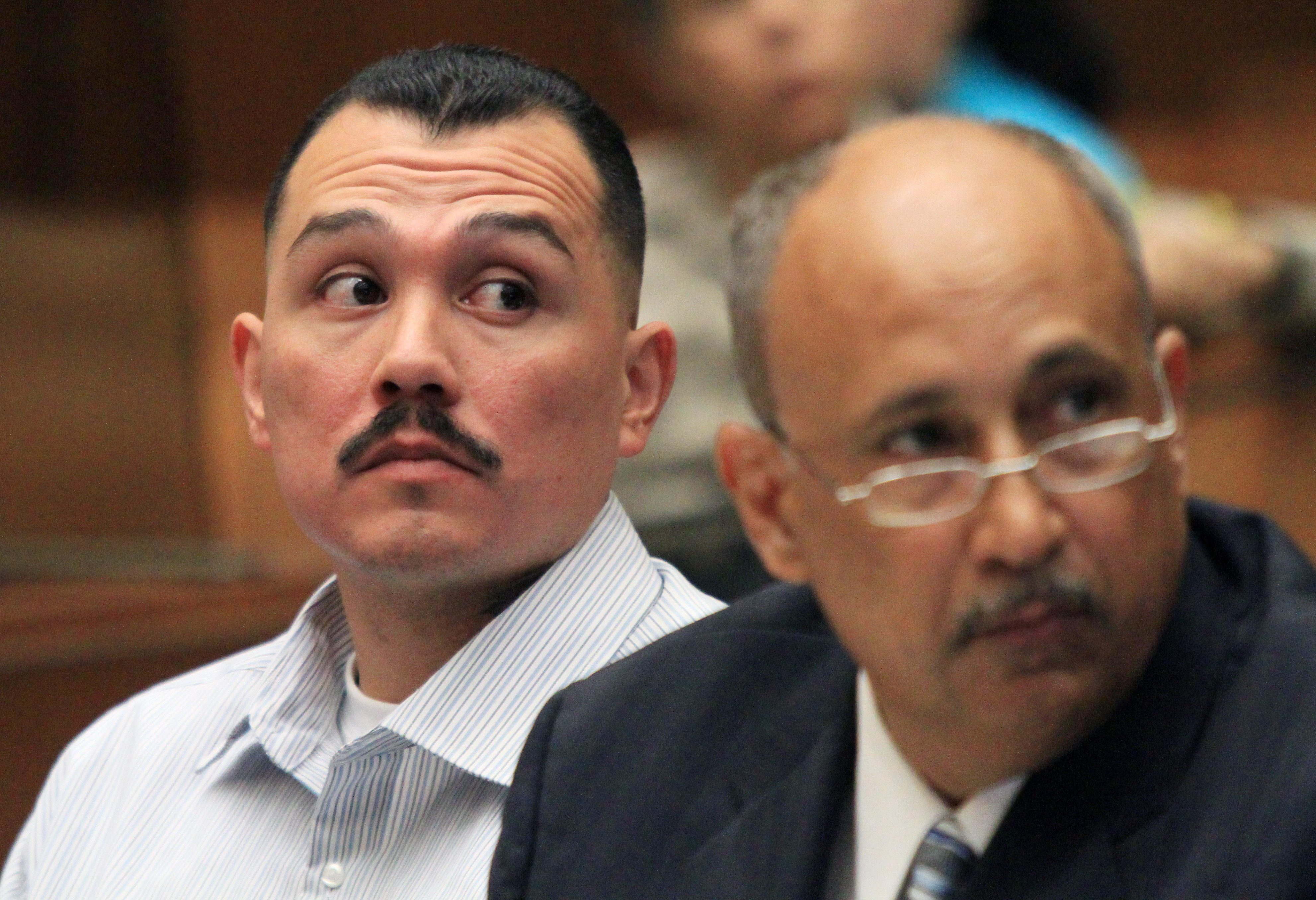 (CBS/AP) LOS ANGELES - A woman who saw two men assaulting San Francisco Giants fans before a brutal attack in the Dodger Stadium parking lot has testified at a preliminary hearing about the volatile atmosphere after the game.

Anna Maria Davila told a Los Angeles court Thursday about encountering two men who matched descriptions of the defendants charged in the devastating 2011 beating of Bryan Stow. She says one of the men was taunting Giants fans and punched a teenage boy who backed off.

But she says the two men then ran after a group four Giants fans. She didn't see the confrontation but says they came running back, jumped into a car and shouted at a woman driver to get out of there.

She could not positively identify defendants Louie Sanchez and Marvin Norwood.

Norwood was heard telling his mother that he was involved and expected to "go down" for the attack in a videotape played Wednesday during his preliminary hearing. He was talking to his mother by cellphone during an interview with police about the attack on Stow.

"Mom, you good?" Norwood says on the phone borrowed from one of the detectives. "You sure? Hey, I got arrested for that Dodger Stadium thing."

After a brief pause, he adds, "I was involved. I was. To a certain extent I was."

Moments later, he says, "I will very certainly go down for it."

Stow, a paramedic from Santa Cruz, suffered brain injuries in the attack on opening day of 2011. The beating prompted public outrage and led to increased security at Dodgers games.

In the recording, Norwood mentions the name of his co-defendant, Louie Sanchez. His last words on the conversation were, "I'm sorry."

The detective who interviewed Norwood on July 21, 2011, testified about the conversation at the preliminary hearing where a judge will determine if there is enough evidence for Norwood and Sanchez to stand trial on charges of mayhem, assault and battery, and inflicting great bodily injury.

Both have pleaded not guilty, and their lawyers suggested on cross-examination that they might have been involved in some other incident, not the attack on Stowe.

Police detective Howard Jackson, the first witness, said Norwood told him at one point that there were a number of fights in the parking lot and that Norwood didn't think he was involved in the Stowe incident.

However, Jackson said Norwood told him he saw blood after Sanchez punched a Giants fan.

Two more witnesses who attended the March 31, 2011, game told of being bothered by Sanchez, who was throwing peanuts and spraying soda on a woman in the bleachers.

Pictures that witness Marc Lu took from his seat were projected on a large screen clearly showed Sanchez sitting next to Lu's group. At the end of the game, Sanchez sprayed a bottle of soda, said Lu, who was wearing a Giants T-shirt at the game.

Prosecutors called five more witnesses who had seats near Sanchez and Norwood at the game. They told of the peanut-pelting and said Sanchez was drunk and dousing Giants fans with soda.

Some of the witnesses said they intervened to keep a fight from breaking out in the bleachers.

Kathryn Gillespie, who was hit with peanuts and drenched with soda, said she held her boyfriend back when a confrontation with Sanchez appeared imminent. She is named as a victim of battery in the complaint.

"We just wanted to leave the situation and get out of there safely," she said.

"And is that what you did?" asked Deputy District Attorney Beth Silverman.

"Yes," said Gillespie. "Finally we just went in our own direction and never looked back."

Stow is still being treated for his injuries. Norwood and Sanchez were arrested last July. Giovanni Ramirez, who was arrested last May but never charged in the Stow beating, was later cleared of any involvement, CBS Los Angeles reports.