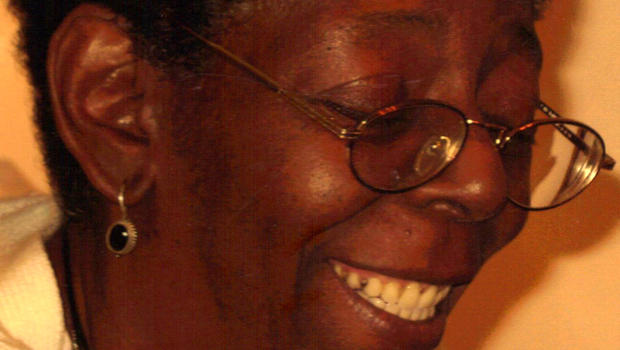 NEW YORK -  A police officer testified that a mentally ill woman never swung the baseball bat she was holding at the police sergeant who shot her to death in her Bronx apartment, contradicting defense claims last week.

The New York Times reports that Officer Camilo Rosario testified Monday that 66-year-old Deborah Danner did not swing the bat at Sgt. Hugh Barry before Barry shot her.

Last week, Barry's defense attorney Andrew Quinn said in his opening statements that the sergeant fired because Danner had picked up a baseball bat and began swinging it at his head. "He had eight-tenths of a second to make that decision, so he fired his weapon twice," Quinn said.

At the time of the incident, NYPD Assistant Chief Larry Nikunen also claimed that Barry shot Danner after she "attempted to strike him" with the bat.

According to Rosario's account, Danner held the 32-inch bat above her shoulders and waggled the end as if preparing to swing, reports the New York Times, but at no time did she swing the bat or attempt to hit Barry in the head.

Other officers who were present have testified that Rosario was the only officer who had a clear view of the fatal encounter.

Barry is on trial for murder in Danner's Oct. 18, 2016, shooting death. Danner was diagnosed with paranoid schizophrenia, and had been hospitalized at least 10 times. Her sister, Jennifer Danner, filed a wrongful death suit against the New York City Police Department and six individuals including Barry, Nikunen, and Rosario.

"Our officers are supposed to use deadly force only when faced with a dire situation. It's very hard to see that standard was met," Mayor Bill de Blasio said after the shooting. "Something went horribly wrong here."

Commissioner James O'Neill said his department had "failed" by not subduing Danner without resorting to deadly force.

"That's not how it's supposed to go," O'Neill said. "It's not how we train; our first obligation is to preserve life, not to take a life when it can be avoided."

After a two-month grand jury investigation, Barry was charged in May 2017 with murder, manslaughter and other charges.

The death of Danner, who was black, at the hands of Barry, who is white, invited comparisons to the 1984 police killing of another black Bronx woman, Eleanor Bumpurs, who was shot after waving a knife at officers.