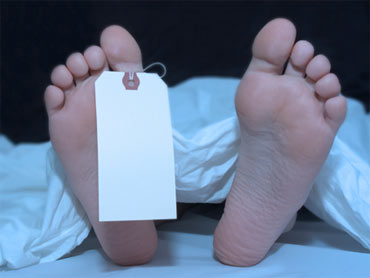 Police have launched an investigation after discovering that a Southern California woman drove around for months with a homeless woman's mummified body in her passenger seat.

Costa Mesa police said Thursday they discovered the body after receiving a call about a car that was blocking a driveway.

Sgt. Ed Everett says officers noticed a stench from the car and found the body covered in a blanket.

He says the woman who drives the car told police she let the homeless woman sleep in her car and one morning found she had died inside.

Everett tells The Orange County Register the remains were partially mummified and could have been in the car anywhere from three to 10 months.

There are no signs of foul play.