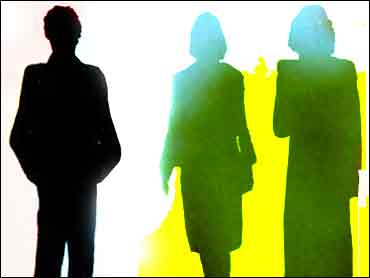 Despite the recent shocks to corporate America and the faltering economy, women continue to make gains in reaching the upper echelons of Fortune 500 companies, according to a survey released Tuesday.

The number of female corporate officers at Fortune 500 companies inched up 3.2 percentage points over the past two years, according the biannual survey by Catalyst, a New York-based women's advocacy group.

"Historically, in down economies, women tend to be hit very hard. We have data showing that this has not happened, which is a surprise for many," said Sheila Wellington, president of Catalyst.

"While the pace of change is steady, it is also slow," Wellington said.

The number of female chief executives also increased, to six, comprising 1.2 percent of the Fortune 500 CEO population, an increase from two women CEOs in 2000 and one in 1995.

As of the survey's cutoff date of March 31, 71 Fortune 500 companies had no women corporate officers. Women make up almost 47 percent of the U.S. labor force.

"It's clearly not as fast as anyone might like to see, but it's certainly measured progress, which is positive and sustainable in the right direction," said Diana Ferguson, the 39-year-old vice president and treasurer of Sara Lee Corp., where women made up 17.9 percent of senior officers.

She said more companies seem willing to put women in challenging "stretch assignments" to "allow them to grow into their roles and get into the officer ranks."

Industries with the lowest representation of female corporate officers included engineering, construction, automotive sales and services, and mining. Temporary help, insurance, tobacco, clothing and finance were among the sectors with the highest percentage of top-ranking women executives.

However, researchers at the University of Illinois have pointed out that those figures may exaggerate the pay gap because men tend to head larger companies with more assets and revenue, and thus larger executive paychecks overall.