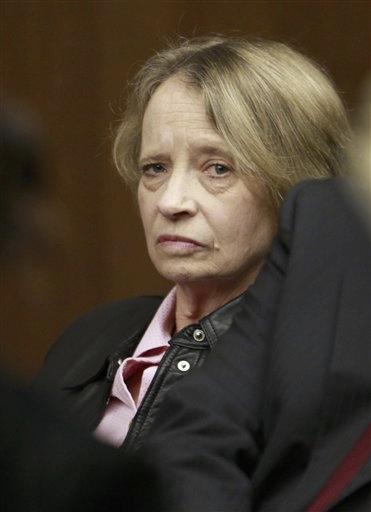 The men were betrayed again and Chad, the teacher from San Francisco Bay, was voted off the island in Thursday's "Survivor: Vanuatu."

Scout had previously told the men she was going to vote for Eliza, whom she detests. But she flipped like a pancake and fell in line with the other women who, now that Chad is gone, outnumber the men -- or should we say man -- by 6-1.

"We thought we had it all set," Chad told co-anchor Julie Chen during his morning-after interview on The Early Show. "Chris and I came up with a good game plan to break up the women's alliance, and we thought it was going to work till the very end, and Ami came along and kind of planted a seed of doubt in the women's minds that it would be good to keep one of the guys around or keep both of us around.

"And it was tough," he continued. "I mean, right up to tribal, we were pretty much set on it , and Ami went through and single-handedly dismantled (it)."

Of Ami, Chad said, "I don't know how, but she has this influence on the other women that was… You know, people couldn't say no to her. I don't know what it was. Like I said, she planted a seed of doubt and they thought, 'We got to do this.'"

He almost saved himself by winning the immunity challenge, but in the end, he was bested by Twila.

"Going into it, truthfully, I didn't think I was on the chopping block," he said. "It was really tough and toward the end, Twila went up one of those notches.. She climbed back up! … At this point, I felt like I was safe, because she and I were in an alliance."

Chad is the first amputee to play "Survivor"; he has a prosthetic leg. Chen wanted to know if any challenges were particularly difficult for him because of that, and Chad responded that challenges that involved balance beams were hard for him.

But there were a couple of instances where a fake foot came in handy, as when he was fishing and had to walk on coral, or when he encountered a sea snake. "After that," he said, "I always put the rubber foot down."

Among the phone calls he took from viewers of The Early Show was one from a woman who has a 7-year-old child who is disabled. She asked Chad if he had any advice to help a child with a disability to have the strength to do what he accomplished on "Survivor."

"Once I was…presented with my situation, I kind of took things and looked at them in a practical way and figured out how to, sort of, solve my problem," he responded. "This is more difficult for a child, obviously. But what you want to do is show your child how to look beyond his physical limitations and how his life could be better if he just puts his mind to it. And that he could just be like anyone else, really."

Following the previous Tribal Council, Chris talked about his surprising vote for Sarge. He lied and told the group that Sarge had asked him to, biting his nails and faking emotion. He was trying to make good with the girls.

Meanwhile, Scout had been devising a plan to get back with the guys. She said she wants to keep them in the game. It was another sign that the women, throwing away their previous camaraderie, are itching to slip a blade in each other's spine.

In other important business, the tribe showed their creativity by naming their new pig "Piggy." There are doubts that it is a reference to the survivoresque novel "Lord Of The Flies" -- although anything is possible.

For the reward challenge, the Alinta tribe was split into two teams. One member of each team was hogtied and passed through an obstacle course. These two were referred to as the "sacrificial lamb." Think of a living, wriggling sack of potatoes that had to be hoisted and hauled over and under wooden bars.

It was, at times, visibly uncomfortable. Not just because the human sacks were bound, but because of the close proximity of each teammate's hands to various unspeakables. Some of it played out like a "Survivor: Vanuatu" peep show.

Eliza, Chad, Chris and Ami won by a nose.

They were then flown to another island for an overnight visit. Piggy was to be given to an aboriginal tribe as a present. Perhaps sensing this, Piggy let his feelings be known by relieving himself on the plane ride. "That stunk," said Eliza.

The real islanders invited the faux-islanders to experience their culture. Nobody asked why the chief was able to speak English. The Alinta members, after being given some serious islander booze called Kava, literally stumbled off into the darkness.

The promised reward feast wasn't what they expected: a cow's head with undercooked meat and banana leaves. But they were appreciative and dined gamely.

Before sleep, the Vanuatu tribe was treated to a gift from the island children. They had learned a song just for the Americans, who were – of course – moved by the gesture.

Back on Vanuatu, the other members of Alinta were soaked by an incredible storm. Their fire tormented them by taunting and threatening to extinguish itself.

The femme-four, with Scout leading the pack, decided that Eliza should be voted off.

Chris and Chad noticed that the women seemed to have given up any kind of estrogen-based team. There was dissention in the ranks and they were all ready to kick other women off. "You question a woman's character, she'll snap your neck," Chris noted.

For the personal immunity challenge, each member of the tribe had to cling to a pole for as long as possible. Chad may have found himself at a disadvantage, missing the full use of one leg. Twila won immunity after Chad fell.
By William Vitka