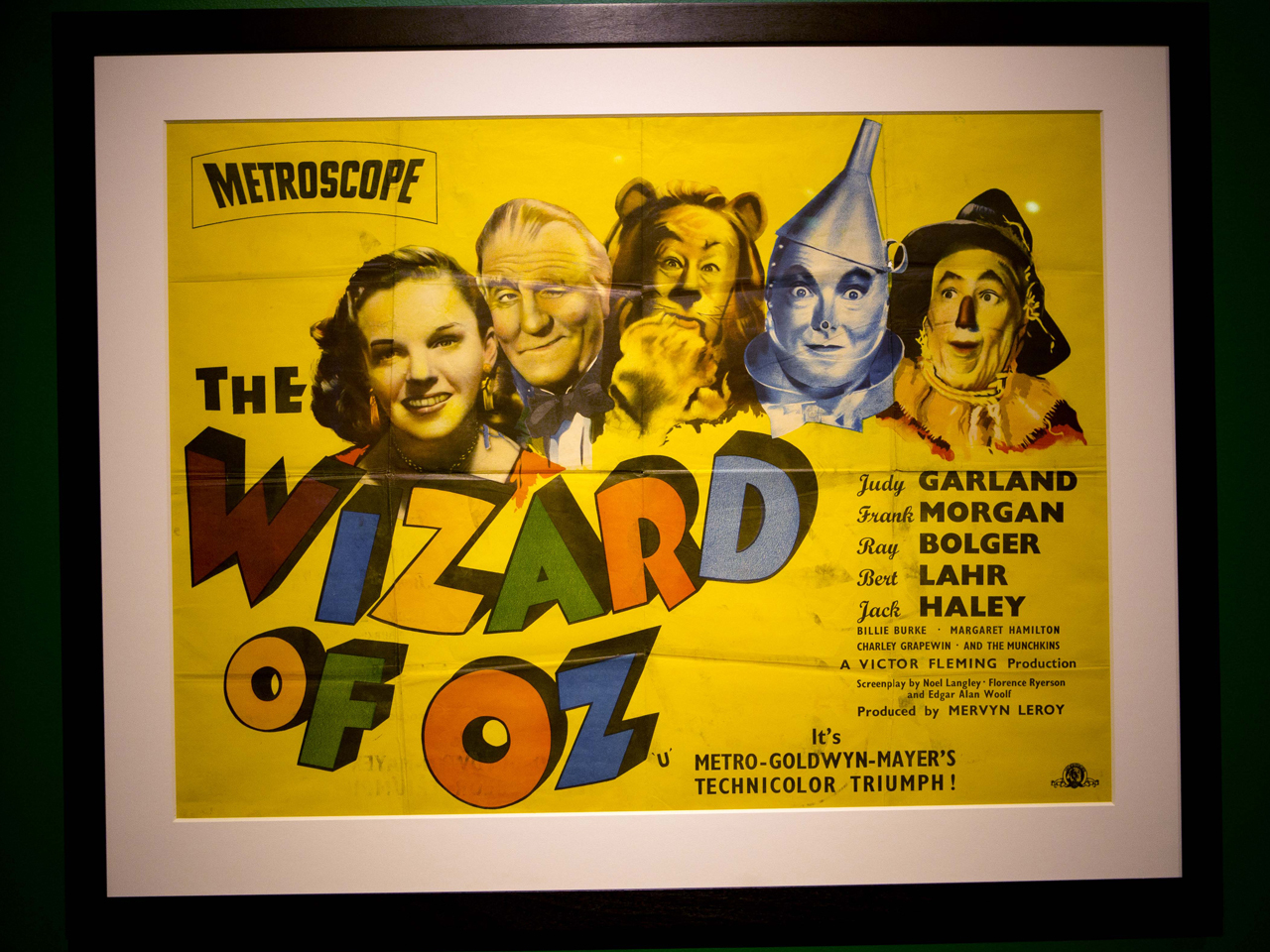 ROCKLAND, Maine Far from Kansas, far from any yellow brick road and all the way to Maine, fans of "The Wizard of Oz" can catch a peek of Dorothy's blue gingham dress, a pair of her ruby slippers and even a flying monkey.

A new exhibit that opened Saturday at the Farnsworth Art Museum in Rockland features those items and more from the world's largest Wizard of Oz collection. The 107-piece display includes props from various Wizard of Oz movies, rare first-print copies of the original Wizard of Oz book, movie posters and an array of Oz memorabilia.

The exhibit, which runs through March, will give fans a sense of all things Oz, starting with L. Frank Baum's 1900 book "The Wonderful Wizard of Oz," said Willard Carroll, a filmmaker from nearby Camden who owns the items with his longtime partner. Carroll, 57, has amassed more than 100,000 Oz items since he first became enthralled with the story at age 10.

The Wizard of Oz story has endured for more than a century and is enjoying a resurgence this year with the release of the 1939 movie in 3-D and the approach of the movie's 75th anniversary. "Oz the Great and Powerful," a prequel to the 1939 film that explores the origins of the wizard, was released this year, and the hit musical "Wicked" continues to run on Broadway.

"It's one of these pop culture things that really has held on," Carroll said. "There are times it's spiked, and it's spiking now because of the 75th anniversary."

The story of Oz originated with Baum's book, which spawned numerous movies and stage productions, a radio series, animated cartoons and spinoff products such as toys, dolls, puzzles and even wallpaper panels. It's best known, of course, from the 1939 "The Wizard of Oz" movie, whose color, music and fantasy storytelling captured the fascination of moviegoers.

Maine resident Hamilton Meserve, son of the late Margaret Hamilton, who played the Wicked Witch of the West, said his mother would be thrilled to see the exhibit.

Hamilton bought a seasonal home on an island near Boothbay Harbor in 1961, which came to be locally known as "the witch's island." Meserve, who lives in a mainland home overlooking the island, still has vague memories of being on the set as a 3-year-old while the movie was made, he said at the museum last week.

"This exhibit is a celebration of a great movie that Mother was privileged to be part of," he said. "To have it up here in my backyard is kind of exciting. And the Farnsworth is a prestigious name, so that validates what they're doing."

Items from Carroll's collection have been exhibited only once, back in 2000 at the Los Angeles Public Library when he lived in California. He said he's not aware of any other Oz material exhibition for the movie's 75th anniversary.

The collection brings back memories for anybody who's watched the movie.

The Wicked Witch's hourglass is filled with red sand, but during the movie, it was filled with strawberry Jell-O because the sand couldn't be dyed red at that time, Carroll said. The flying monkey is made of hard rubber and is only 9 inches or so tall. It was among the monkeys that appeared in the movie at a distance, flying toward or away from the Wicked Witch of the West.

The Lollipop Guild munchkin outfit is the most complete costume from the movie to survive. The ruby slippers came from the 1985 Disney movie "Return to Oz."

Michael Komanecky, the museum's chief curator, expects that people will feel nostalgia when they see the munchkin outfit and Dorothy's dress, which stand at the entrance to the exhibit. The movie was shown annually on television for more than three decades, creating memories for generations of Americans.

"It was probably the most popular film ever shown on TV," he said. "Ever."