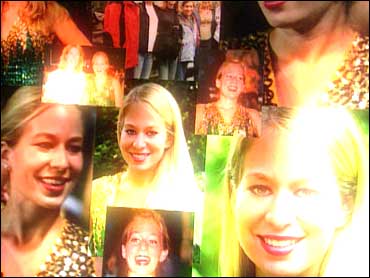 Today it's expected that the family of Natalee Holloway will finally find out if a jawbone found on a beach in Aruba belonged to the missing U.S. teen.

Aruban authorities are expected to announce the results of DNA tests.

If a match is made, prosecutors could use this new evidence to finally tie her death to their primary suspect.

The testing that could solve the mystery of Natalee Holloway's disappearance is now complete. The 18-year-old's family is waiting to hear whether her daughter's DNA is a match to the most promising clue yet, found on this windswept beach in Aruba, not far from where Natalee Holloway was staying when she disappeared in 2005.

Holloway was last seen with Joran van der Sloot, the 23-year-old Dutchman currently awaiting trial in Peru for the murder of 21-year-old Stephany Flores. Van der Sloot was arrested twice in connection with Holloway's disappearance but was never charged. In 2006, the lead Aruban investigator in the case spoke with "48 Hours" correspondent Troy Roberts about the suspected killer.

Dompig replied, "Well, they used the word 'sociopath' and the fact that he was capable of lying about basically everything."

Waiting for the test results has been agonizing for Holloway's family, but experts say prosecutors might be using the time to strengthen their case against van der Sloot.

CBS News Legal Analyst Lisa Bloom said of the case, "If this is Natalle Holloway's jawbone investigators can go back and look at all Joran van der Sloot's statements and try to match them up with the new evidence, especially the location of where this was found. Does it match up with his stories about where he left Natalee or where he supposedly dumped her body?"

But even if the test results prove that Holloway died in Aruba, Cobiella remarked, how she died is still a mystery.

Cobiella added there have been many false leads and false confessions in this case over the past five years, and there is still the possibility that this jawbone could be another false lead.

Carol Standifer, a close friend of Natalee's mother Beth Holloway, agreed on "The Early Show" from Birmingham, Ala., that this could be a false lead and that her friend is prepared for whatever the DNA results could reveal.

"We've had a lot of ups and downs and a lot of really unusual circumstances happen throughout this entire event and this is just one more thing that we have to deal with right now," she said.

She added, "If it is Natalee, she's prepared to accept that. I think she has a level of acceptance right now with the situation, no matter how it turns out, how ever the results turn out. If it's not Natalee, we have a greater tragedy because that would mean there would be two unsolved murders on the beach in Aruba. It's even a greater tragedy, really, if it's not Natalee."

Standifer says all Beth Holloway wants is an answer.

"Any mother would," she said. "We have been searching for her for over five years and I think if it is Natalee, there will be some semblance of closure. Of course, it won't be complete closure, because we really don't know for sure exactly what happened."

Standifer said Beth Holloway would like to hear from van der Sloot.

But Beth Holloway, Standifer said, will endure the announcement, either way.

"She has moved on with her life in a way. She is doing a lot of work with missing children, missing people. She has a foundation for Natalee in Washington, which she already started and done a lot of work with, and she's done a lot to further awareness of missing children, so I think she will just continue with this. If it is Natalee, I really can't say what her next step will be. I don't know if she knows exactly what her next step will be. We just have to take things one day at a time, which is really what we've had to do throughout this entire situation."