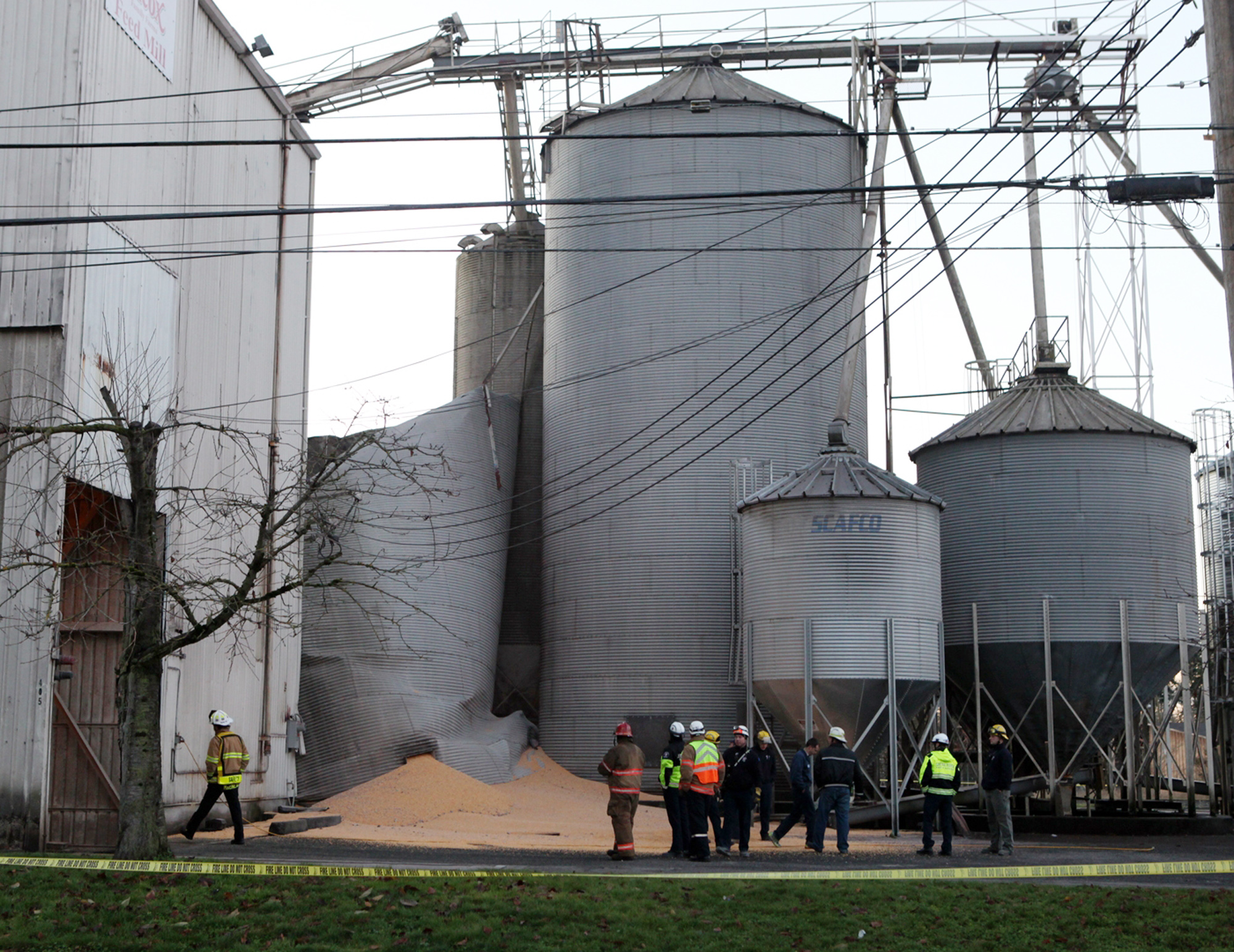 ROY, Wash. -- A fire official says a Washington state farm worker is missing after a grain silo collapsed at a feed mill.

South Pierce Fire & Rescue Chief Bob Vellias said Monday night that a Federal Emergency Management Agency engineer was assessing the building to see whether a search dog could be allowed inside.

Vellias said a male employee in his 50s was believed trapped by tons of grain Monday afternoon. The man was not immediately identified.

The News Tribune reports that the chief says because of lighting issues, rescuers don't expect to be able to fully search the wreckage until Tuesday.

"We’re still holding out for the best, but we won’t know until later," Vellias told the News Tribune. "It’s probably a pretty long operation we’re looking at here."

It wasn't immediately clear what caused the collapse, which eventually filled an office and electrical area with corn. The missing worker was in that building.

Vellias said Wilcox Farms officials were not speaking with reporters Monday. A call to the mill rang unanswered. The family farm supplies eggs throughout the Pacific Northwest.