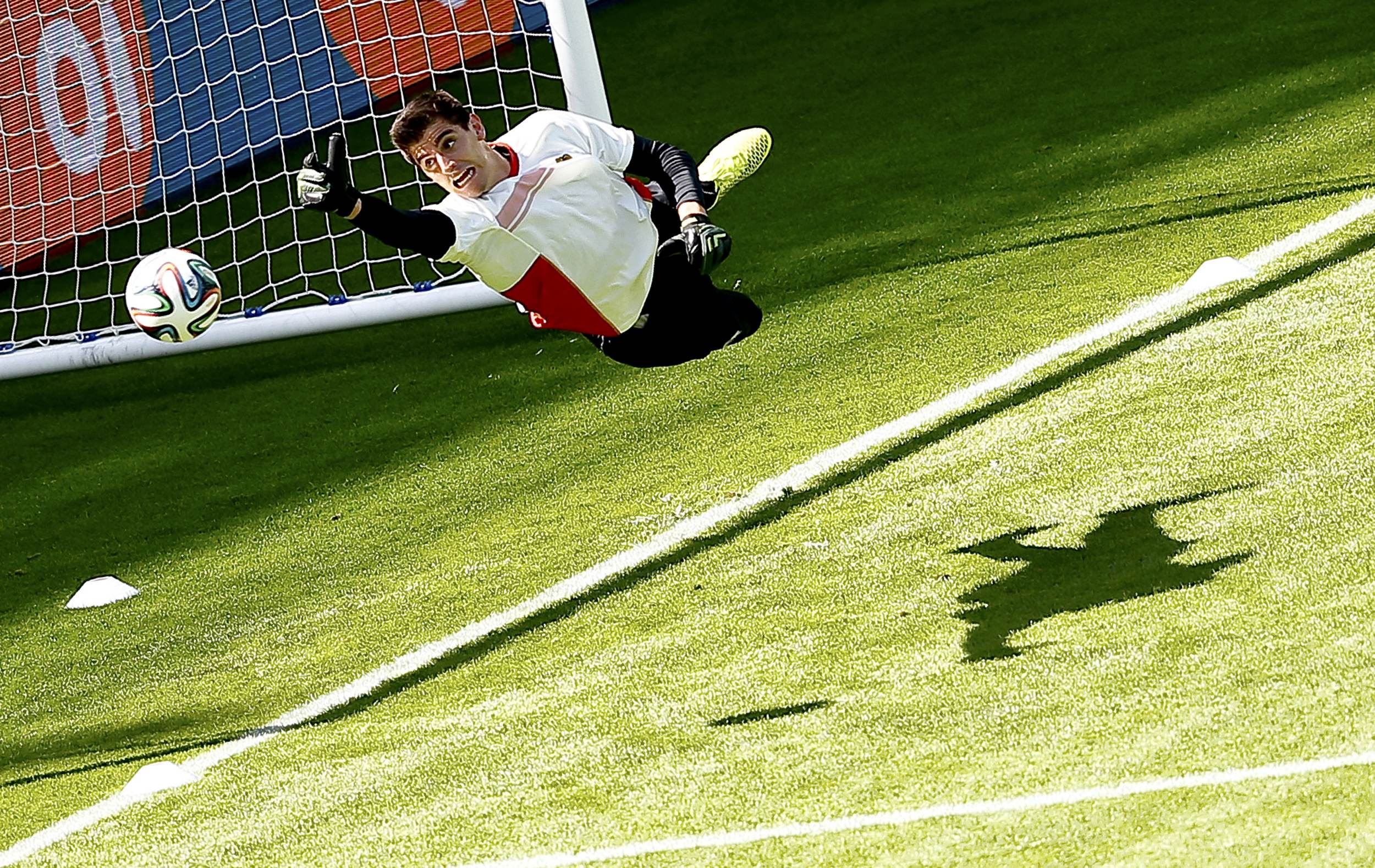 MOGI DAS CRUZES, Brazil -- If Belgium has a reputation for self-indulgence because of its love of chocolate and beer, it is time to look at its World Cup squad and admire discipline, stamina and determination.

So far, this has been a hard team to appreciate despite its perfect group record ahead of Tuesday's clash with the United States.

Team USA goalkeeper Tim Howard told "CBS This Morning" that even though Belgium recently beat the U.S. 4-2 in a friendly and is "one of the up-and-coming superstar powers in Europe," he feels his team can "match up well against them."

"We relish the role of underdog," Howard said. "It keeps us hungry. It allows us to not be complacent."

Howard's coach has been preaching to his team to keep that fighting spirit going.

"Don't be content," U.S. coach Jurgen Klinsmann said. "Nobody can claim that he reached his 100 percent yet."

Here are 5 things to know about the Belgium team.

Belgium didn't concede a single goal in open play during the group stage. Talk about a hermetic seal. It has Thibaut Courtois, at 22, already one of the top goalkeepers around. He anchored Atletico Madrid to the Spanish league title and also the Champions League final. Playing ahead of him is Vincent Kompany, who led Manchester City to two of the last three Premier League titles. And amazingly at 36, Daniel Van Buyten is still one of the standout defenders at the World Cup.

If you are looking for fighting spirit, coach Marc Wilmots fits the bill. Such was the toughness of his attitude and the challenges he made as a player with Schalke in the Bundesliga, the working class fan base immediately took a liking to him and called him Kampfschwein - which translates as fighting boar. Now aged 45, that determination survives. As a coach, he goes looking for victories at the World Cup whether they involve beautiful football or not. His team's three one-goal victories have so far proven it to be the right strategy.

The playmaker has huge expectations to live up to. At 23, he is already among a handful of European players with global appeal. He is now the creative genius at Chelsea and is seeking to emulate that for Belgium at the World Cup. So far, the results have been mixed. He has been decisive in both matches he played in, providing the winning assist late in the game each time, in a 1-0 win over Russia and a 2-1 victory against Algeria. But he has yet to take the mantle of leadership in the team and this is what Wilmots will be looking for against the United States.

Don't be fooled by the measly four goals from three games, Belgium does have its share of good strikers. Christian Benteke was supposed to be the first choice for Wilmots, but the Aston Villa striker ruptured his Achilles tendon in April. No worries. There's also Romelu Lukaku, the Everton forward. Despite a sterling preparation campaign and key goals in qualifying, he has been a bitter disappointment so far in Brazil. Wilmots went looking for an alternative, and found one. Divock Origi, at 19, has been crucial. He scored the winner against Russia and provided the shot which allowed Jan Vertonghen to tap in the winner against South Korea. Now, Origi is a fan favorite to start against the United States.

Since Wilmots and his U.S. counterpart Jurgen Klinsmann get on well, the team had planned to play a training match in Sao Paulo just days before the start of their campaigns. The threat of strikes and traffic jams forced Wilmots to reconsider and it was called off at the last moment. Now they meet will meet in Salvador on Tuesday. But this will be anything but a gentle practice match.