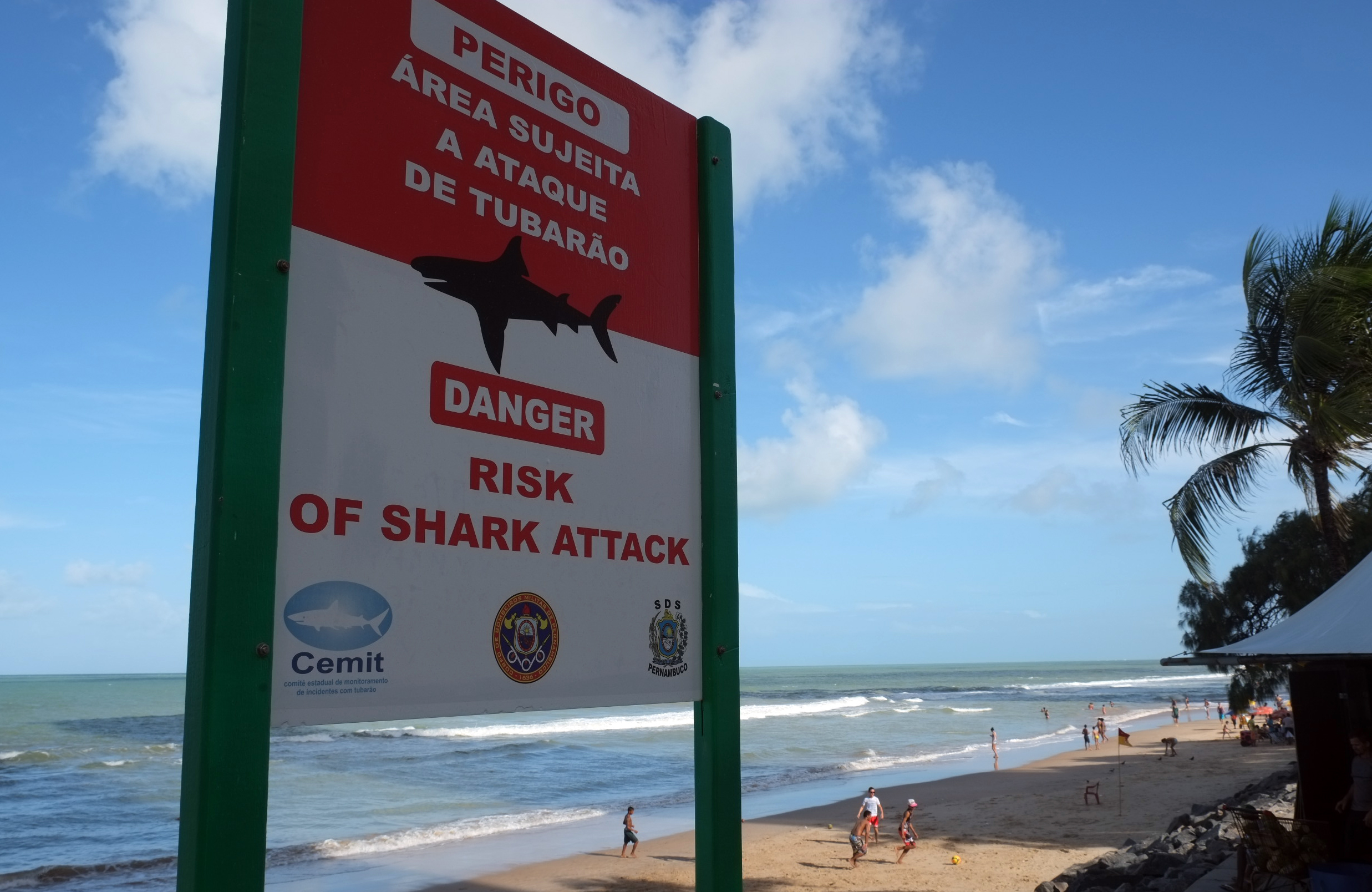 RECIFE, Brazil -- Newlywed Akiko Ishihama let out a nervous laugh when asked if she realized that she was honeymooning on a beach well known for deadly shark attacks.

"Not at all," she answered as she gazed at the aquamarine water lapping up against the inviting stretch of sand called Boa Viagem Praia. "Maybe I'll stay on the beach and get suntanned."

Ishihama, 28, and her husband, Makoto, 32, kicked off their honeymoon by attending Saturday's World Cup match between Japan and Ivory Coast in nearby Arena Pernambuco. They are among tens of thousands of visitors from around the globe descending on this city in northeastern Brazil to see one of five matches.

The popular, sun-bleached Boa Viagem beach - which translates to safe journey beach - lies only a few miles south of Recife's city center. Less than a year ago, a woman was killed by a shark here, one of 24 deadly attacks around Recife since 1992.

Brazilians know the dangers, but government officials have stepped up efforts to warn tourists, erecting signs in English and Spanish with the words "Danger," and "Peligro," fire department spokesman Valdy Oliveira said.

The department has increased from 50 to 70 the number lifeguards patrolling the beaches near hotels, Oliveira said.

"We reinforced our safety protocol near hotels because of these shark attacks," he said. "We have specially done it in places where water is murky."

Yet not everyone notices the signs, and service industry workers can't effectively warn tourists - most of whom don't speak Portuguese or Spanish.

Ishihama said she and her husband probably would have entered the water unaware of the beach's reputation for shark attacks. No one had said a word to them about sharks - at least, not that they understood.

"There's only one guy working at our hotel who speaks English," Ishihama said.

Several lifeguards sit together under a tent almost directly in front of the spot where the last attack took place. Another, riding a personal watercraft, lurches over the breakers as he takes a path parallel to the beach as if to shepherd swimmers close to shore.

Large warning signs have been placed along a sidewalk separating a tree-lined sea wall from a bustling three-lane boulevard fronting a seemingly endless wall of high-rises. At the center of each sign is a sleek silhouette of a shark with the words "danger," or "caution," written in red and blue lettering in both Portuguese and English. Similar posters have been affixed to octagonal refreshment huts atop the seawall. Planted in the sand near the water are a string of red flags emblazoned in yellow with the word "Perigo," Portuguese for danger.

Some tourists' eyes widen as they notice the shark symbol while approaching the huts.

According to the state's Shark Incident Monitoring Committee, 59 people have been attacked by sharks in or near Recife since 1992. Only 11 months ago, 18-year-old Bruna Gobbi of Sao Paulo died after a shark attack at Boa Viagem.

That hasn't stopped sunbathers and kids kicking soccer balls from flocking to the beach. But it doesn't take long to see that most don't venture beyond the distinctive reef walls - from which the city gets it Portuguese name. The reef is submerged during high tide, but still protects swimmers from sharks, so long as they stay close to shore.

As he monitored the chairs and umbrellas he's been renting on the beach for nearly three decades, David Jose de Lima, 50, pointed to the spot where last July's attack took place. Video of the attack shows several lifeguards rushing to the young woman's aid as she struggled to keep her head above water and her blood formed a red streak on the water around her.

De Lima considers it part of his job to tell everyone new to the beach about the dangers and always issues a warning for swimmers not to cross the reef. But he speaks just enough English to do business. And not everyone heeds his warnings.

"It's dangerous because a lot of people drink, and drink, and they don't know, or some guys think they're a big man, and they go on the other side," he said.