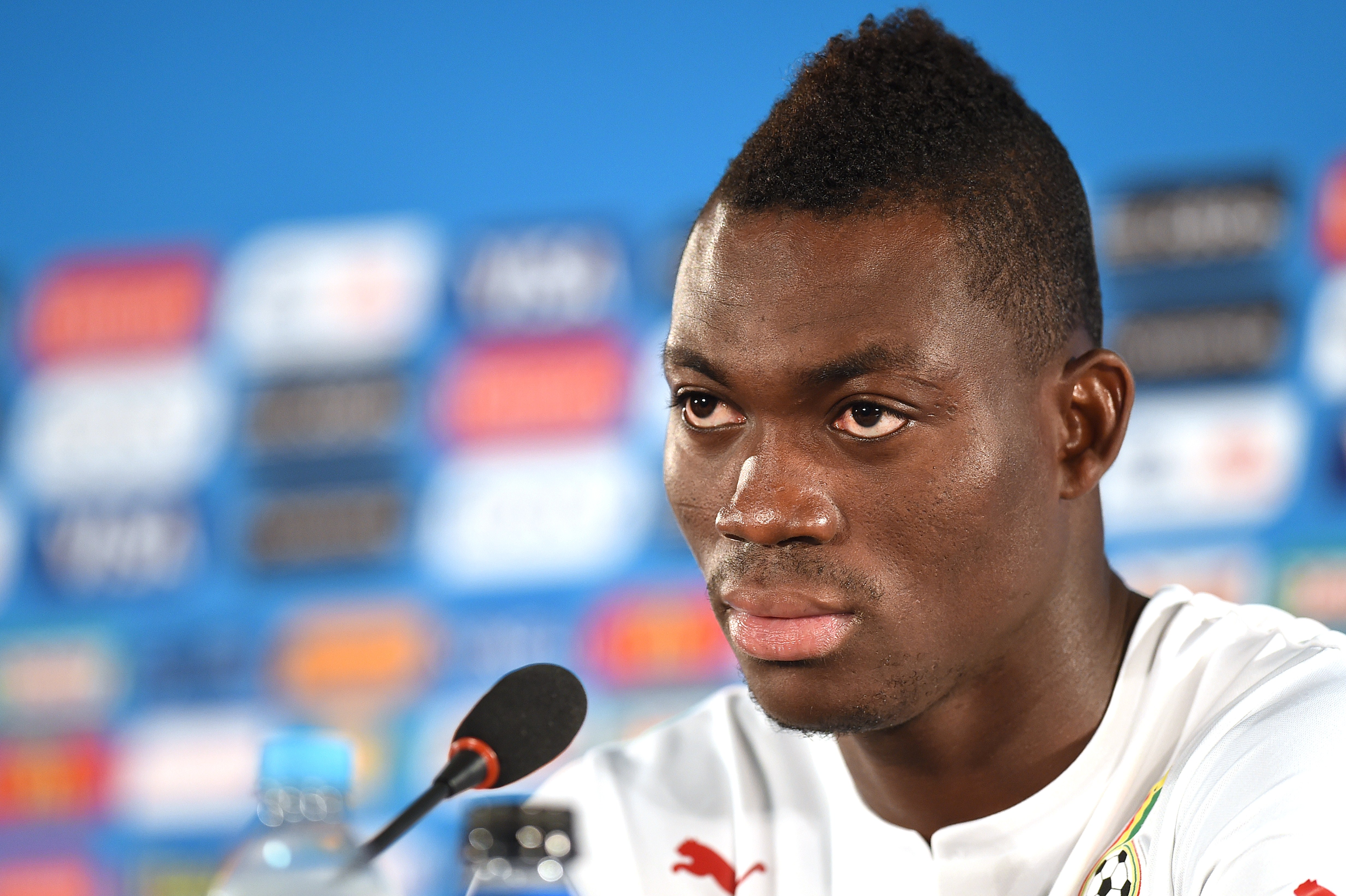 RIO DE JANEIRO -- Ghana players at the World Cup needed a phone call from their country's president to get them on a plane to Brasilia for the decisive group game against Portugal after an argument with officials over unpaid bonuses.

The Ghana Football Association said President John Dramani Mahama "personally spoke with the players" to reassure them they would get their money, avoiding an embarrassing squad strike.

According to Ghanaian media, the money - between $1.7 and $2.3 million - is now being flown over to Brazil in a specially chartered plane because the players didn't trust that officials would make the electronic transfers.

Conceding the players were "agitated" over the unpaid bonuses, the GFA says the squad is now focused on Thursday's Group G game.

Player bonuses have been a big bone of contention for African teams at this World Cup. Before the tournament, Cameroon's squad refused to board a plane to Brazil until their bonuses were improved, forcing the federation to take out a loan to pay them. There have also been rumblings of discontent over pay in the Nigeria and Ivory Coast camps.

SAO PAULO --- The name Neymar is not common in Brazil, or at least it wasn't until a few years ago, when the star player began scoring goals as a teenager.

Since he started playing professionally with the Santos club in 2009, 371 Neymars have been born in his home state of Sao Paulo, according to the state's association of registries. Only two were given that name between 1992 and 2008, and one was Brazil's striker, who was born in Mogi das Cruzes, a suburb in the outskirts of the city of Sao Paulo.

Before Neymar moved to Barcelona last year, he led Santos to the 2010 Brazilian Cup, the 2011 Copa Libertadores and three state championships. He also won FIFA's award for the best goal of the year in 2011.

If Brazil thrives in the World Cup, expect more Neymars in nurseries.

TERESOPOLIS, Brazil -- Fans visiting Brazil's training camp are lining up for a smashing photo opportunity with a huge statue of the superhero Hulk dressed in a national team jersey.

The statue, located in front of a restaurant just outside the training camp, wears the Selecao's yellow No. 7, the number worn by the striker who goes by the same name.

"We came to try to see the players, but if they don't let us, at least we got a photo with someone who we know is part of the team," joked 17-year-old Brazilian fan Luana de Aguiar.

Brazil's training sessions in the mountain city of Teresopolis, about an hour from Rio, have been closed to fans, although hundreds show up at the gates every day to try to get a glimpse of their idols.

PARIS -- That's the score after officials at Paris' main airport seized a shipment of 30 counterfeit FIFA World Cup trophies, in the first such bust of this year's World Cup.

The shiny gold-colored statues were to be sold to souvenir shoppers in France. The official World Cup replicas are sold by FIFA for about $130.

The phony trophies had been shipped from China and were intercepted by customs officers at the Charles de Gaulle airport on June 18, the customs office said Wednesday.

The customs office said the trophies will be destroyed.

Hoops in the park

SAO PAULO -- No matter where you go in this massive city, you seemingly can't get far away from soccer. Wherever you look, people are watching it and kids are playing it.

At first glance, Parque Ibirapuera appears to be no exception. Sao Paulo's answer to New York's Central Park is filled with locals kicking balls across long stretches of grass and inside enclosed dirt fields. The guards at the gate are watching World Cup matches on an iPhone.

But deeper inside the 545-acre park, finally another sport is revealed. About a dozen boys and girls are playing basketball on two concrete courts with chain-link nets. The scene is similar to any outdoor court you'd see in America - boys with baggy shorts posting up, driving to the rim and talking trash. But there's still a Brazilian twist: One of the younger boys is shooting hoops with a black and white soccer ball, not an orange basketball.

When asked if basketball was also popular in the land of football, one smiled, made a gesture with his fingers and said: "a little."

More than 150 people across Europe put money down that he would do it again during the World Cup, and raked in winnings 175-fold, a Swedish gambling company said on Wednesday.

The biggest win went to a punter in Norway whose bonanza amounted to 2,000 euros ($2,700), while someone else in that Scandinavian country took home $916, Betsson group spokesman Mikael Mellqvist said.

In Sweden, Mats Johansson posted his betting ticket on Twitter and thanked Suarez for the 1,750 kronor ($260) he got after putting up 10 Swedish kronor.

The company received bets on a Suarez bite amounting to "six figures in Norwegian kroner," Mellqvist told The Associated Press. "We have people from all of Europe playing but mainly in Scandinavia."

Norwegian media identified one of the winners as Thomas Syversen, who reportedly was asleep during the Uruguay-Italy game on Tuesday when Suarez allegedly bit Italian defender Giorgio Chiellini on the left shoulder.

A foul was not called after the suspected biting incident but FIFA is investigating and might suspend Suarez. From chomping on opponents to making racist comments, Suarez knows how to court controversy.