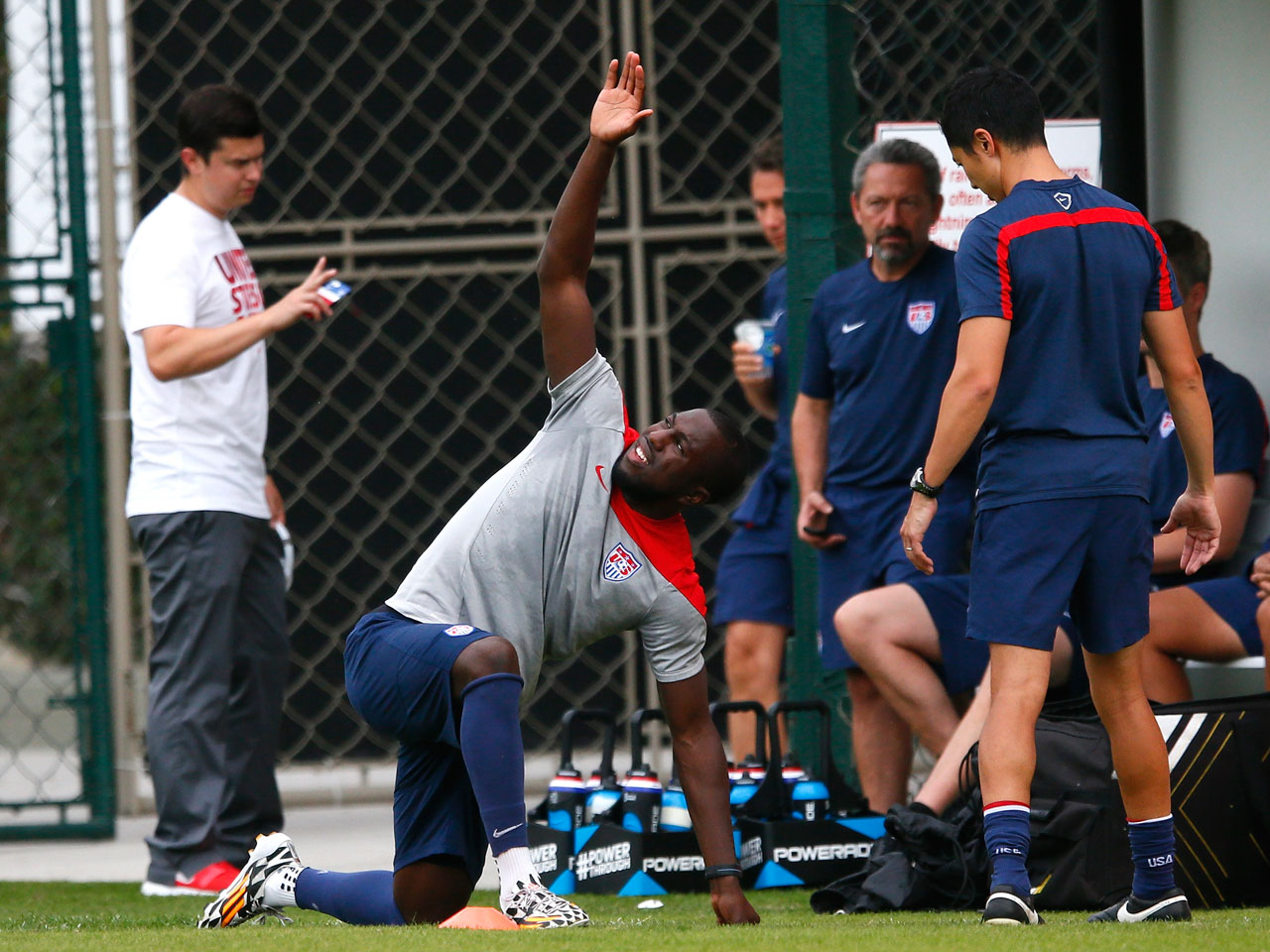 SALVADOR, Brazil - Jozy Altidore is available to play for the United States in Tuesday's World Cup second-round game against Belgium, but it does not appear the forward is ready to return to the starting lineup.

U.S. coach Jurgen Klinsmann said during a news conference Monday that "it's now difficult to say how many minutes."

Altidore strained his left hamstring in the Americans' opener against Ghana on June 16 and didn't appear in their next two games.

He has been working out on his own.

Aron Johannsson replaced Altidore for the remainder of the game against Ghana, and Klinsmann switched from a 4-4-2 formation to a 4-5-1 against Portugal and Germany.

Klinsmann says: "Just having him with us tomorrow is huge."